The cultural industries are struck by multiple changes associated with the emergence of a new wave of technology, most often serving as a precursor for the remainder of the economy. These changes drastically altered the works created, their distribution, and their economies, as well as customers' usages. A first consequence is the proliferation of the cultural offer and its effects on production, publishing, and diversity. Second are the innovative business models driven by the emergence of new actors: the digital platforms. A third phenomenon echoes the new forms of professionalization associated with the permeability between professionals and amateurs. All these dynamics are compounding the proliferation of business models at play, and of typical forms of competition. These changes tackle the very principles of traditional public intervention in culture: support for investments in production suited to new content and new formats, remuneration of rights holders in the context of the parcelling out of consumption and the shift to subscription-based services; and means of online distribution (media windows or geolocation). 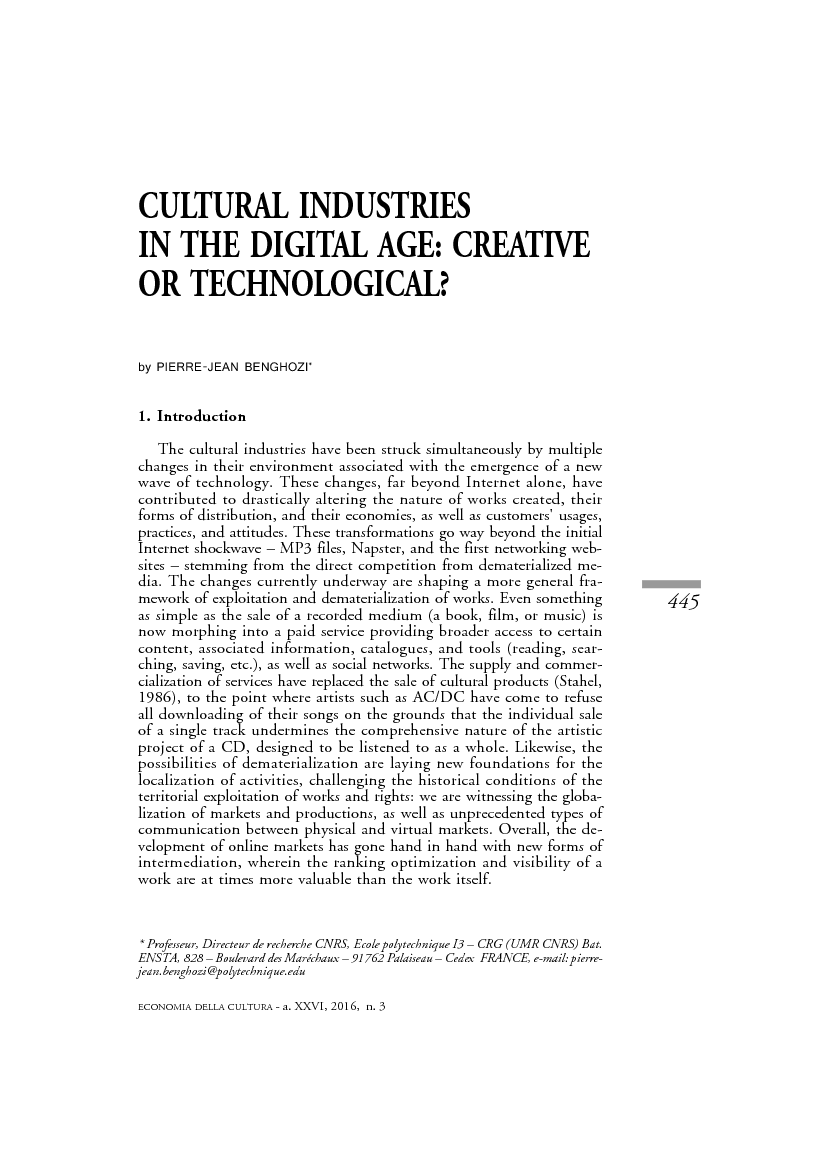