In many European countries, and above all in Italy, since 2008-2009 the television market show financial slowing down in front of a constant cost growth. Advertising is in crisis, pay-tv is stagnant and license fee is growing very slowly. The article, based on 2010-2015 data comparison, analyze weakness and prospects of the traditional television incomes and look to new business model, like non linear tv services (video on demand, Ott), that are growing. Doubts are expressed that new economic resources generated in Italian and European markets will be enough to finance new audiovisual products. 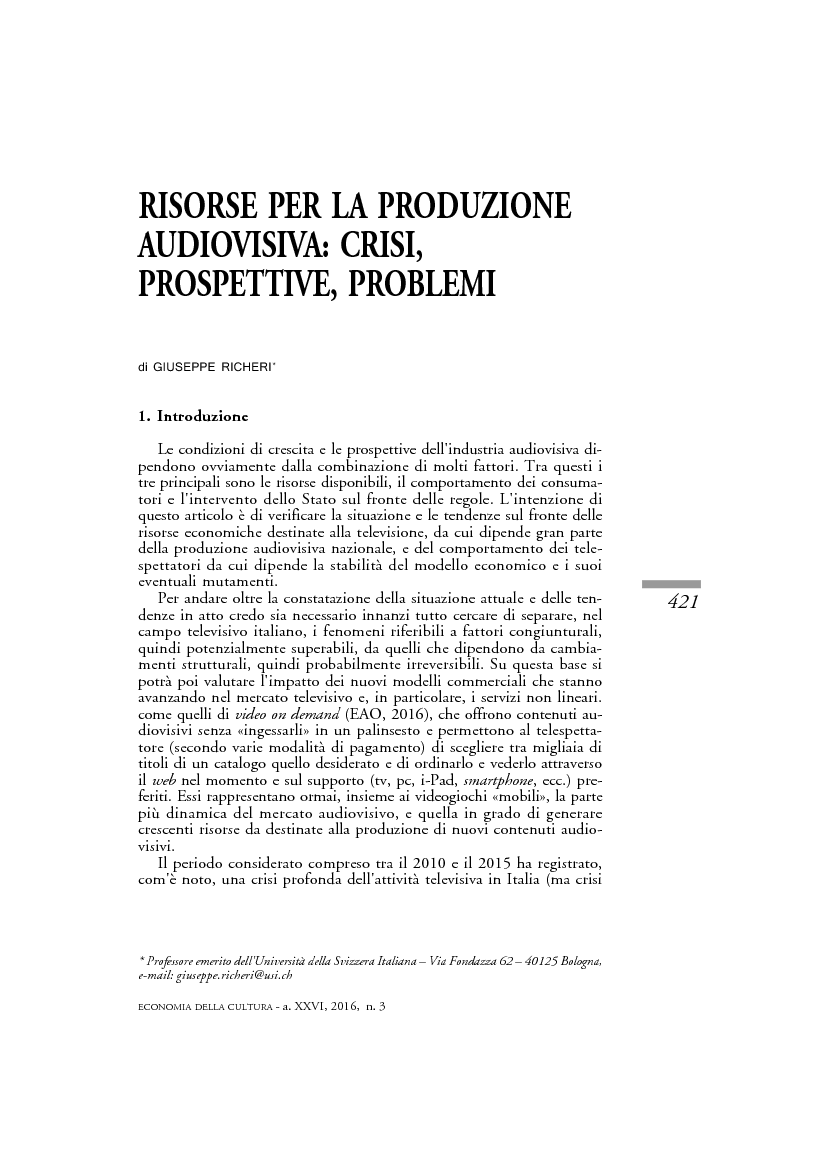