The audiovisual industry is at a crucial point in its regulatory history at the European level. In May 2015 the European Commission launched its forward-looking Digital Single Market Strategy, considered as one of the main priorities for leading the European Union to achieve a new economical and political growth and competitiveness. This paper recalls the conceptual approach that led the members States as well as the European Union to keep separated the cultural nature of the audiovisual works, from their economic nature as a product and a market, building for decades their policy and regulation on the «cultural exception» (become «diversity» just lately). The present time wouldn't require just a refit but a conceptual refoundation of European policies relating to the audiovisual eco-system, given all the threats and the opportunities that the digital environment brought on the floor and will do in the future. Today it is worth looking into the meaning of works and services, along with the role of producers, distributors, media services, broadcasters, on line intermediaries. DSM Strategy crosses in multiple ways all the relevant topics of the audiovisual value chain. Thus it also requires that the industry commits itself to an overall re-thinking about sensitive subjects that nobody has been discussing for long time neither at the national level nor at the European one. 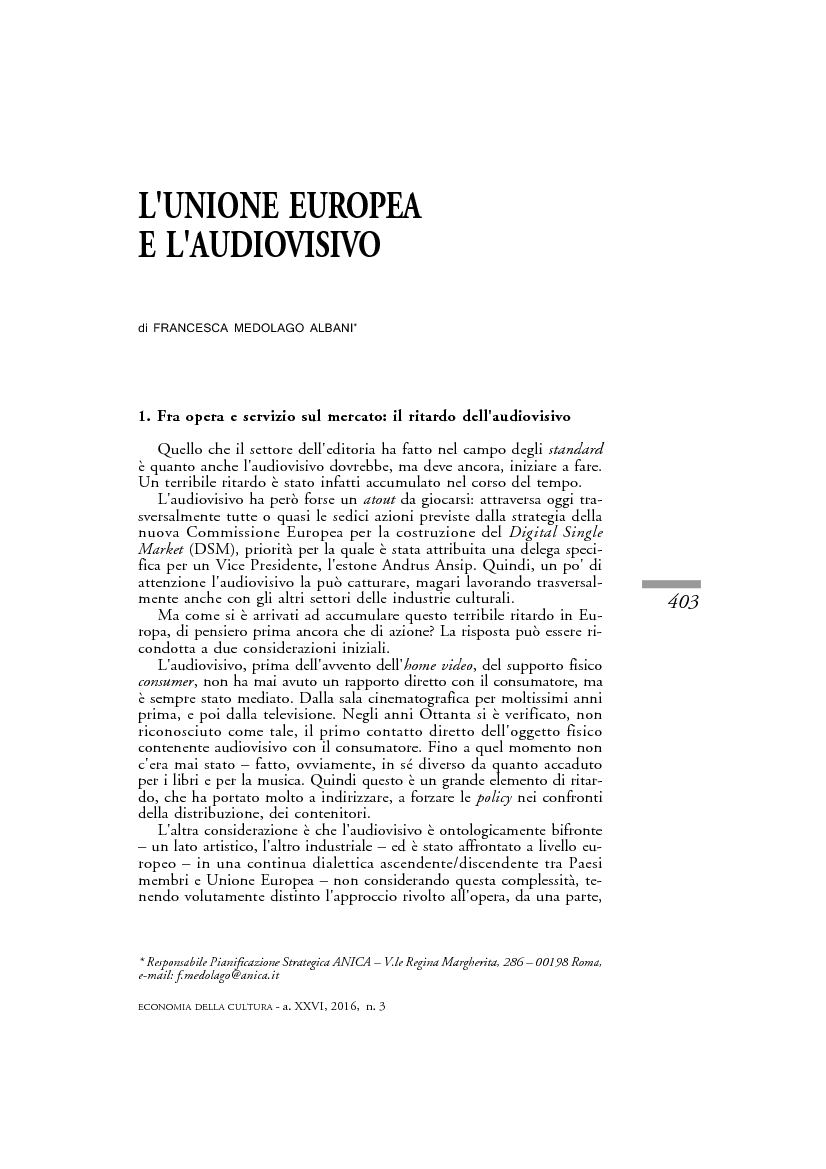