The notions of «intangible cultural heritage» and «cultural diversity», as defined within the UNESCO Conventions for the Safeguarding of the Intangible Cultural Heritage (2003) and for the Protection and Promotion of the Diversity of Cultural Expressions (2005), promote renewed frameworks and approaches to cultural policies, based on the community and civil society participation. The Mediterranean, as sea and land of encounter for cultures and migrations, is a vital area of traditional and creative cultural expressions, as shown by some positive examples described in the article. Human mobility, as a right claimed by the Carta di Palermo (2015), is also a relevant resource of cultural dimension, which is useful in the planning of actions for social and economic development, in an integrated and sustainable perspective. 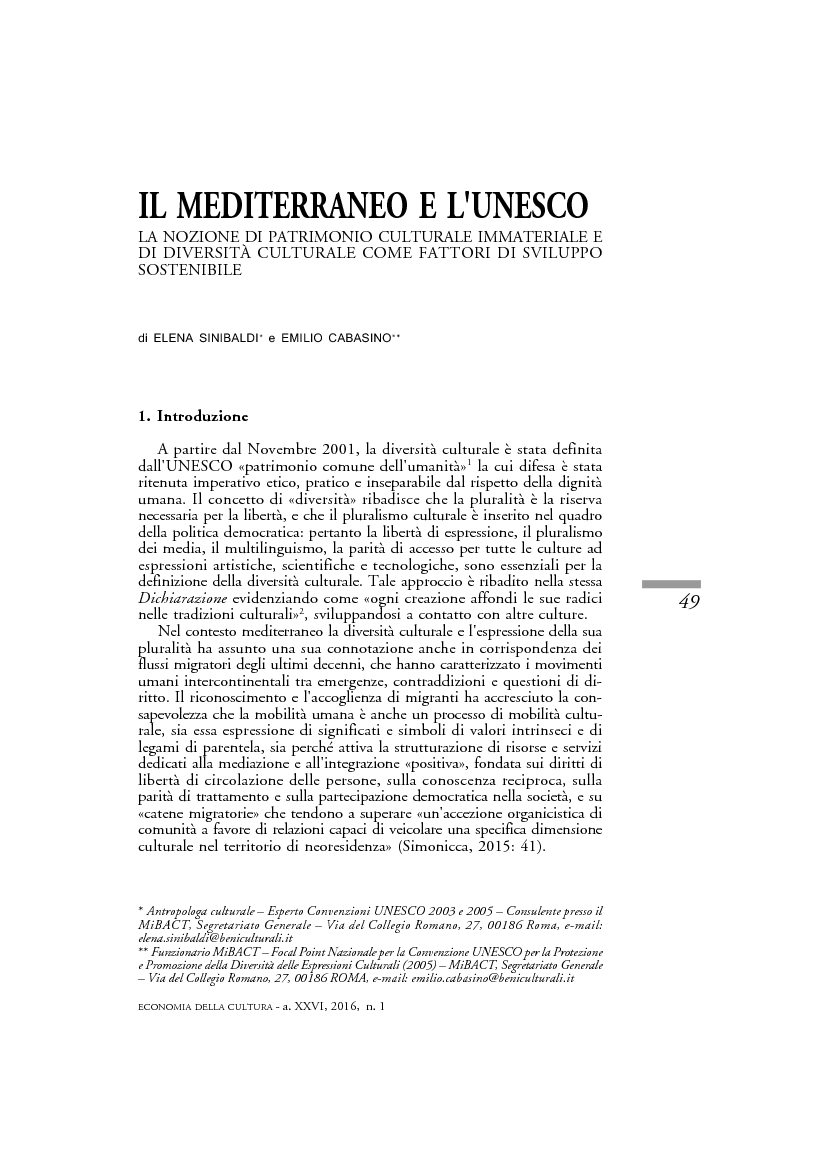