In a global context, the Chinese video game market displays distinct differences between the types of games presented to different markets, and in the constitution and organization of the industry that shapes each market and its respective competition. Beginning with the 2000 administrative ban on imported gaming consoles, to the commencement of a market based on imported online games, the paper charts the development of the current players in Chinese-made video game production. It tracks these in three enormous and highly competitive markets - client networks, Web, and mobile games. The advent of the Internet and the extraordinary success of smartphones has caused massive growth in mobile games, enhancing the role of consumers as well as large Internet platforms, in a context of increasing competition between Chinese video game producers. Particular attention is paid to the present success of Tencent, an Internet access and service provider that has rapidly become a dominant player in the Chinese market with its «pan-entertainment» strategy, developing an intellectual property portfolio and offering original Chinese video games. 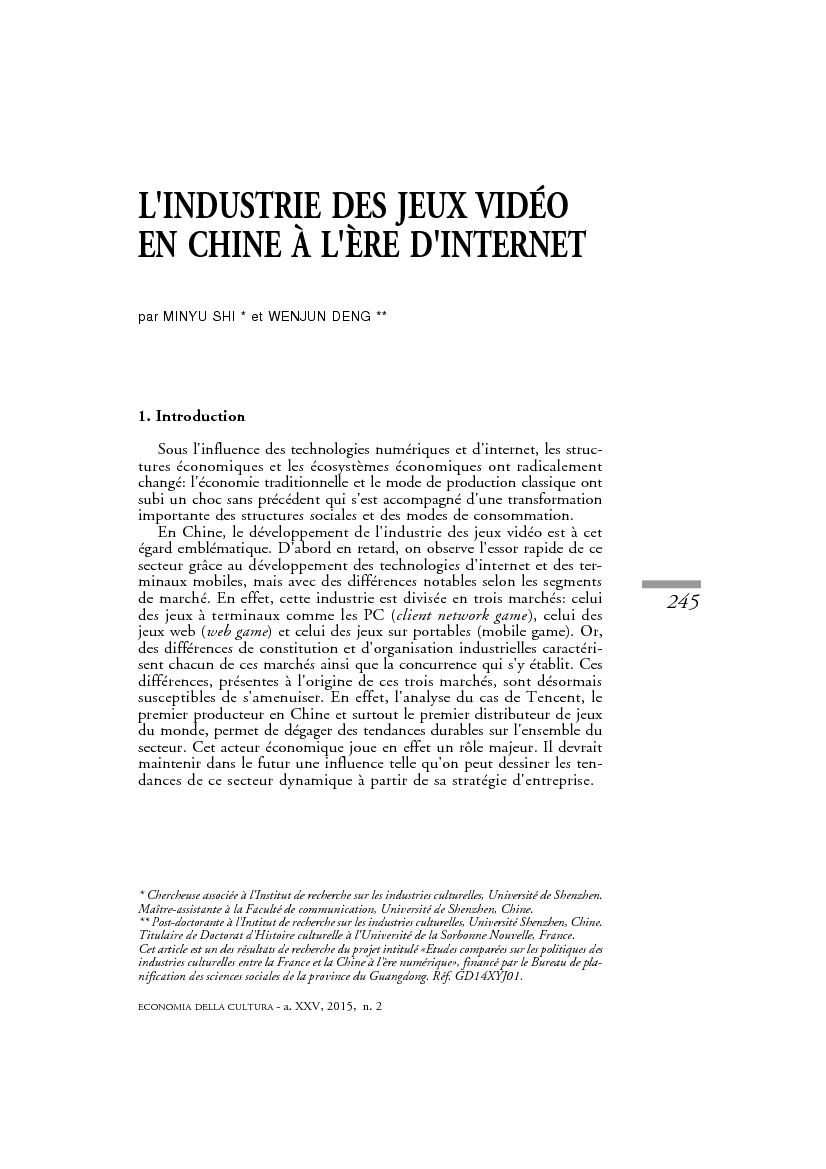