France possesses the leading movie market in Europe in terms of the number of films produced annually, the number of viewers, the number of admission tickets sold, and the diversity and density of cinemas. Since the Second World War, the French government has pursued a policy of publically supporting the cinematic industry. This paper provides evidence of the main aspects of this «success story» and recalls the basic rule of this policy - «l'aval finance l'amont» (downstream release and circulation finances upstream creation) - and its adaptation to an audiovisual product that has changed significantly over the last few decades. In particular it indicates the means of physical and digital distribution, and the channelling of support fund revenues handled by the CNC (Centre national du cinema et de l'image animée). This heretofore successful policy now faces tough challenges from new forms of distribution, with audiovisual products reaching users through the Internet, managed by new international players such as iTunes, Netflix and Amazon. 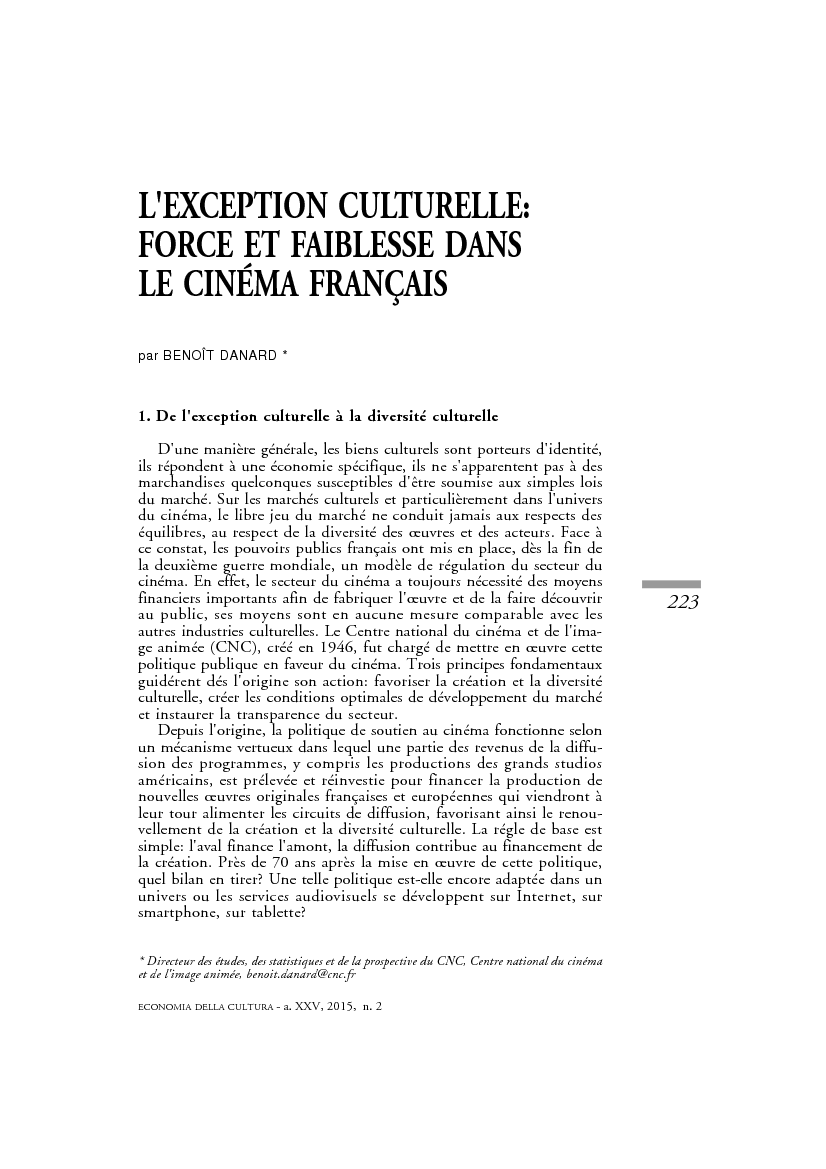