The Great Recession has had devastating consequences on the audiovisual industry in Spain. Since 2008, direct investment in production has fallen by almost 30%: television advertising investment has plummeted and public/government funding for public TV channels has only been enough to cover structural overheads. Production and television companies have cut costs considerably. Television companies have attempted to reduce risk by cutting down on the number of new programmes they make, favouring internationally-tested formats with a proven track record, re-adjusting the programmes being broadcast, and producing fiction series. Production companies in turn have had to undergo considerable adjustment in the reduction of their assignments for television channels. Despite the cuts in public funding for Spanish cinema, the level of production has been sustained, and the market share in cinemas has risen for several years thanks to the success of many films. The traditional challenge of internationalising the production sector is becoming greater and greater as costs are reduced to make it possible to compete. The recent trend in television programmes is a shift towards reality shows and talk-shows, whilst for films and series, comedy has become the common denominator. 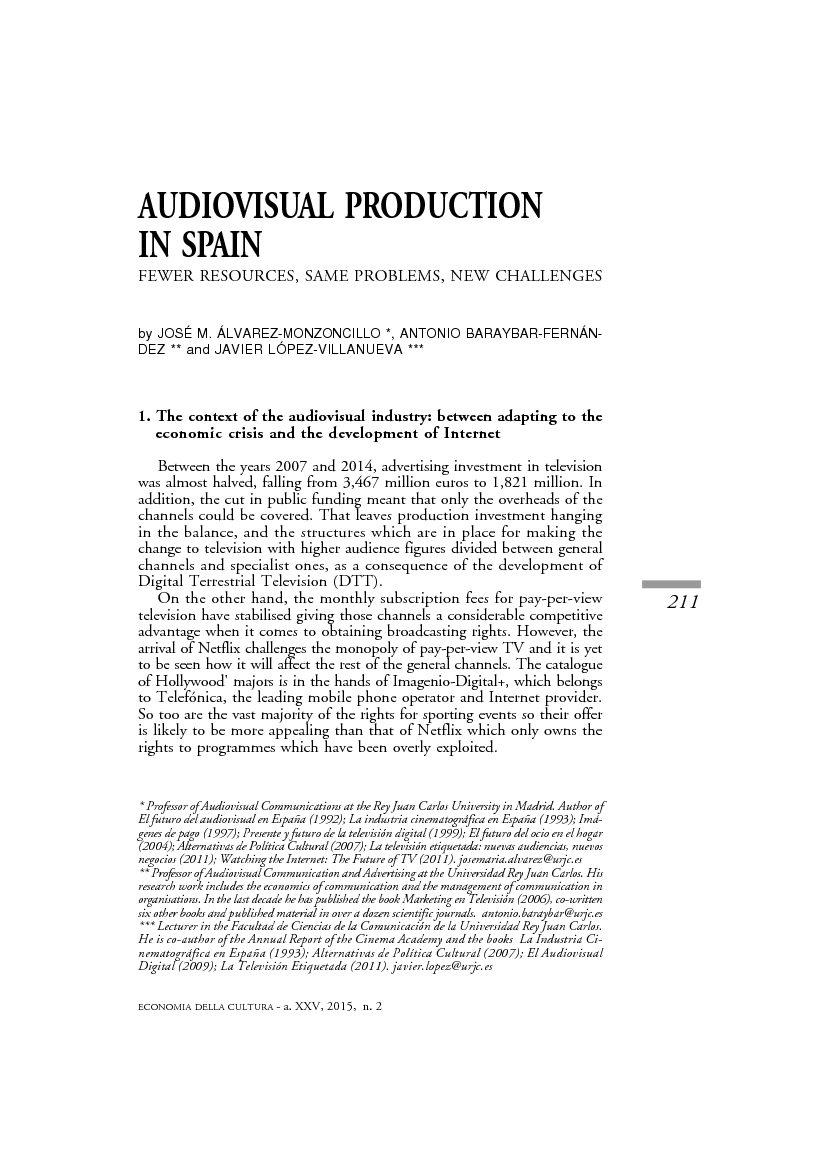