Efforts to promote access to culture originate from philosophical perspectives that are dissimilar yet complementary: on one hand, public agencies should be committed to the redistribution of public resources with a view to catering for as wide a segment of the population as possible; on the other, museums and cultural institutions should reach out to new audiences in order to prove themselves socially responsible, as well as to ensure sustainability. There is also the issue of culture as an agent of social transformation, which demands careful consideration and is linked to the right of individuals to take part in cultural life; in other words, the idea of culture as a facilitator of social inclusion, and the notion of cultural participation as a means to removing barriers and as a key competence for creativity. The role of visitors in museum and cultural heritage projects is widely acknowledged: to actively involve the audience is a priority for the EU, and evidence of this new attention is provided by the growing interest in audience-development policies, and by a stronger emphasis on the educational and social role of cultural institutions. Over the last decade ECCOM (the European Centre for Cultural Organisation and Management) has realised many EU-funded projects that address these issues. Among them, DIAMOND (Dialoguing Museums for a new cultural Democracy) linked the use of ICT to museum policies and practices to address marginalised groups. 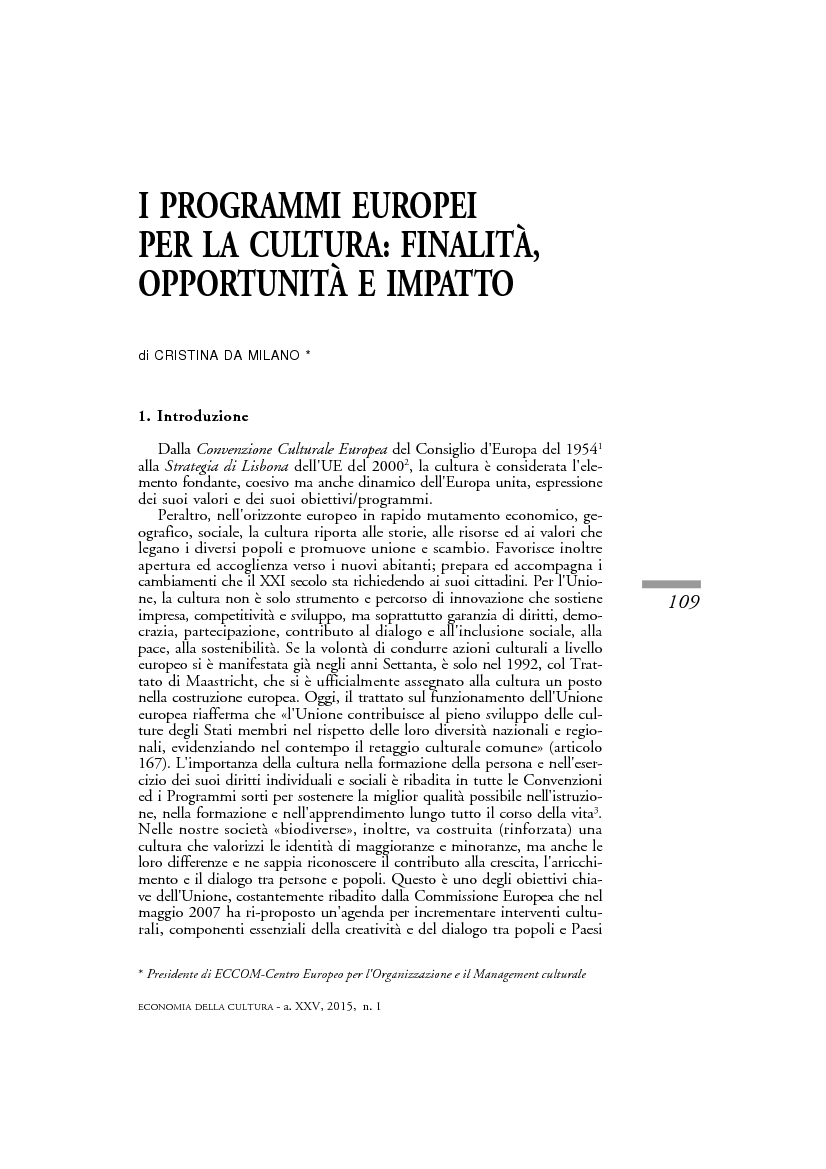