Giovanni Urbani was Director of the Central Institute for Restoration - now the National Institute for Conservation and Restoration (Ministry of Cultural Heritage and Activities and of Tourism - in a very important phase (1973-1983). Inspired by Cesare Brandi and his concept of «preventive restoration», Urbani formulated around 1975 a national project for the «planned conservation» of the cultural heritage. It aimed to slow down the process of its deterioration through the identification and reduction of risks of damages from the environment. In the following decades, Urbani's approach influenced the design of a complex Decision Support System (DSS), in order to support policies able to reduce risks of damage to the cultural heritage, through preventive mitigation of all principal kinds of hazard factors in territorial and anthropogenic contexts. This system was called «Risk Map of the Cultural Heritage». Many Italian regions, together with the Italian state, began to participate in the implementation of this «Risk Map», but the project was then stopped. The Ministry in fact focused on the development of guidelines for the analysis of vulnerability of the monuments, but in reference only to the seismic risk and in order to develop specific kinds of intervention for every building type. In more recent years guidelines for the evaluation of earthquake damage were produced and published. Regarding the monuments, the practice of interventions for the antiseismic adaptation - as if they were contemporary buildings - was fortunately surpassed by the concept of improvement, more respectful of the cultural value of materials and of the historical building techniques. National rules for diagnosis expeditious and interventions on specific historical types of buildings in case of earthquake were defined, but they are still far from being applied; moreover an holistic cognitive tool to implement the preventive and planned conservation of the historical built environment is still missing in the public policies. This kind of approach should allow to intervene on the whole set of different risk factors, both environmental and anthropogenic - not only on seismic risk - as they interact on the decay of each historical building, wherever located, in different ways. The Italian cultural heritage is also still waiting for a set of organizational measure and tax incentives for preventive and planned conservation, despite the new laws promoted by national government in 2014. 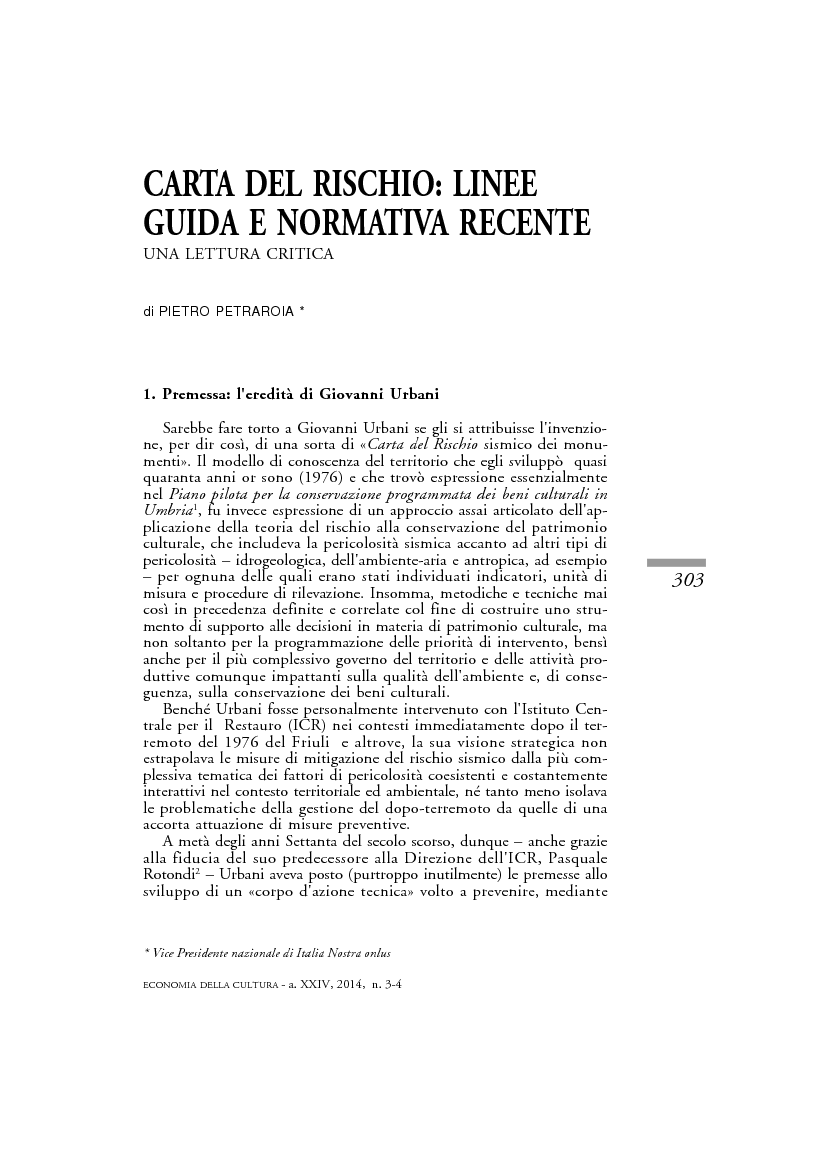