A destructive earthquake occurs in Italy every 5-6 years; complex and expensive reconstructions lasting over decades follow. Loans provided by the State to deal with the various reconstructions sum up and, at present, undertake the country until 2028, with annual costs greater than 4 billion Euros. The lack of a general law to regulate the reconstruction appears in these conditions incomprehensible; each earthquake is managed rewriting "new rules and procedures to always solve the same problems", undergoing the pressure of politics, media and economic interests of the area. Because of this, the cost increases and enormous problems of equity occur between citizens victims of different earthquakes and often, even within a single reconstruction. In times of crisis, to find the resources for such operations is increasingly difficult; in quiet time - the truce between the last and the next earthquake - it would be necessary to address and solve this huge problem as part of a general policy of seismic risk reduction. 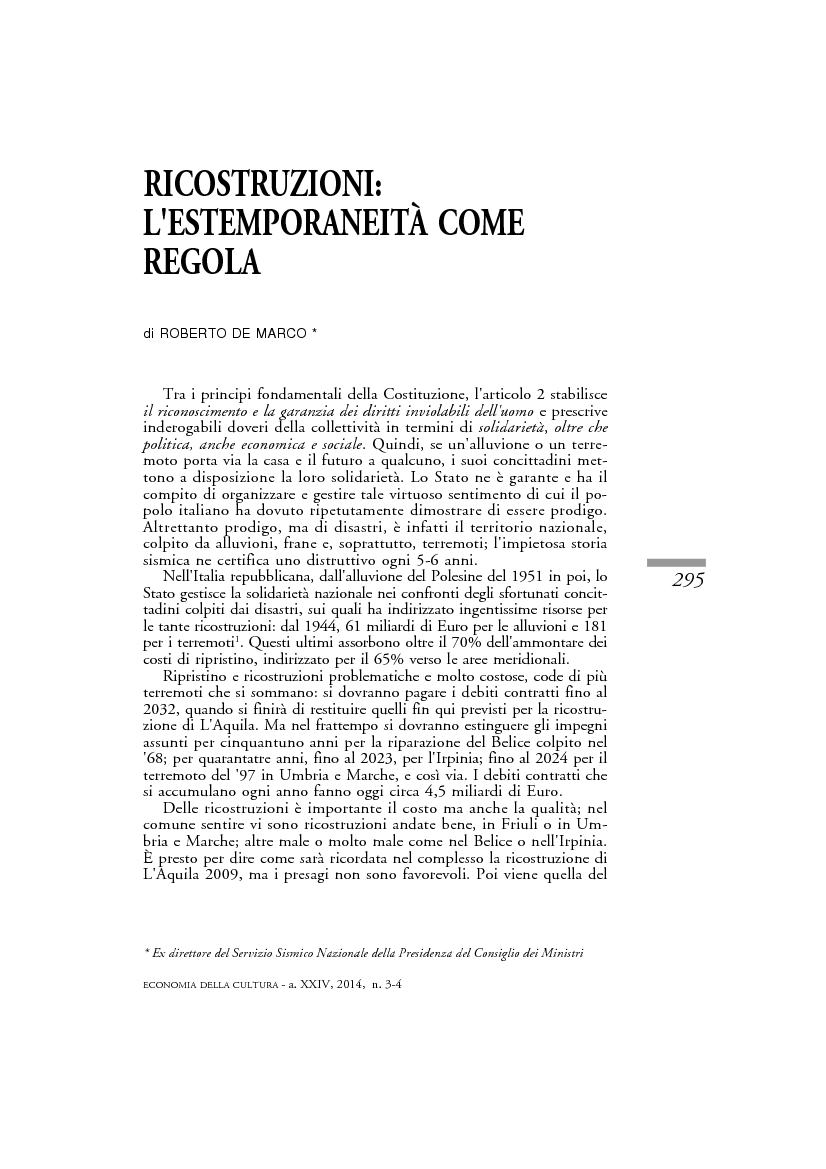