For the first time, in the 2000-2006 programming period, UE policies supporting development in the Objective 1 Regions include cultural resources among their priority axes. The relative financial plan allocates for that purpose 2,760.329 million euros, i.e. 5,4% of the total. However, cultural policies which will be funded in this way in Basilicata, Calabria, Campania, Molise, Puglia, Sardinia and Sicily are not so widely known, and a general strategy is in order to be reconstructed ex post. In particular, what deserves to be ascertained are the specific contents of these policies, their relationship with local development strategies and the resulting association between regional planning and the National Cultural Authority orientations. The article attempts a first reconstruction of the general picture emerging from the National and Regional Plans, in view of a further study, taking into account their implementation and advancement. 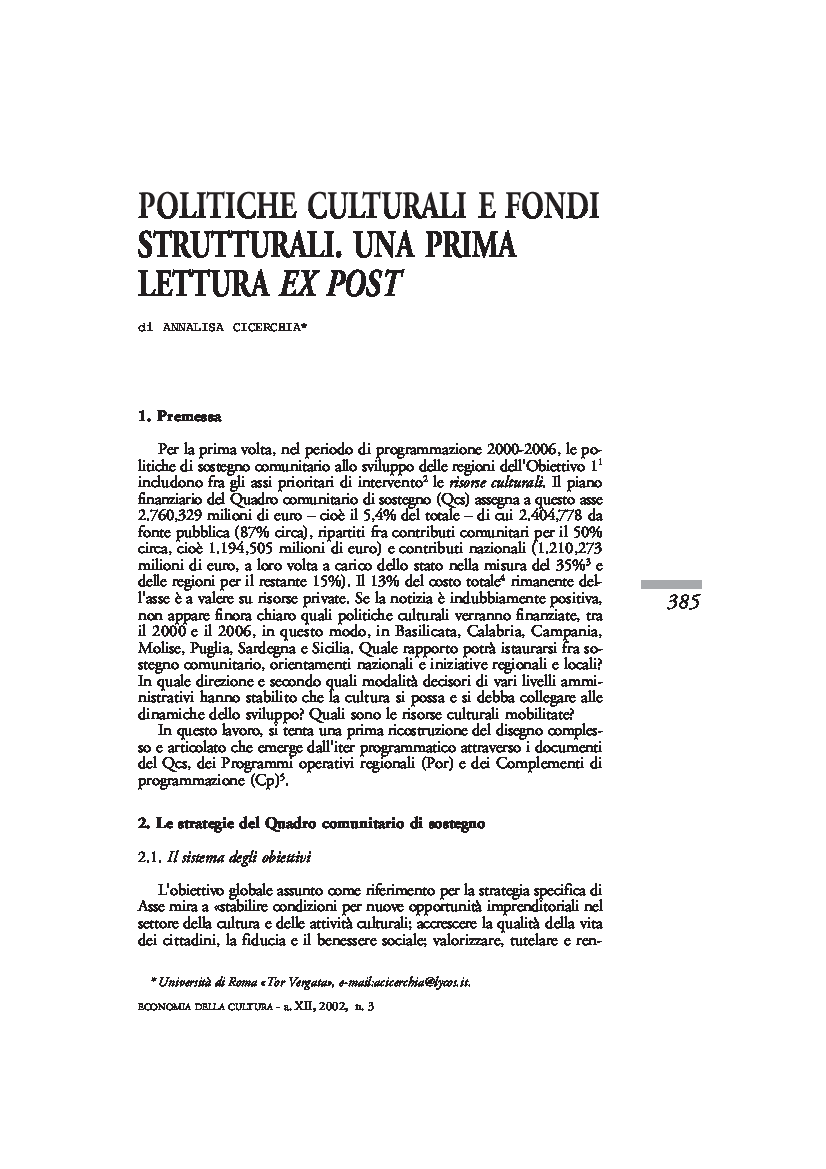