The so-called "cinepanettone" (a specific kind of popular comedy released during Christmas holidays) has always been a controversial, harshly criticized product. The first one was released in 1983, and today the saga is composed of 25 movies. Despite this long and successful tradition, the cinepanettone never received an adequate attention by film and media scholars. Only in the past few years have a number of studies on these movies (mainly devoted to text analysis and the social representation of Italian society they convey) been published. For the first time, this paper investigates the economic relevance of the cinepanettone. In particular, it deals with how this popular comedy helped the Italian film industry: a) to increase its market share, b) to promote higher cinema attendance, and c) to contain the hegemony of U.S. movies (by adopting in fact some of the more traditional production and release strategies of the Hollywood studios). In the final part, the paper analyses the cinepanettone's legacy, with regard to the industrialisation of Italian cinema and to the economic principles guiding its markets. 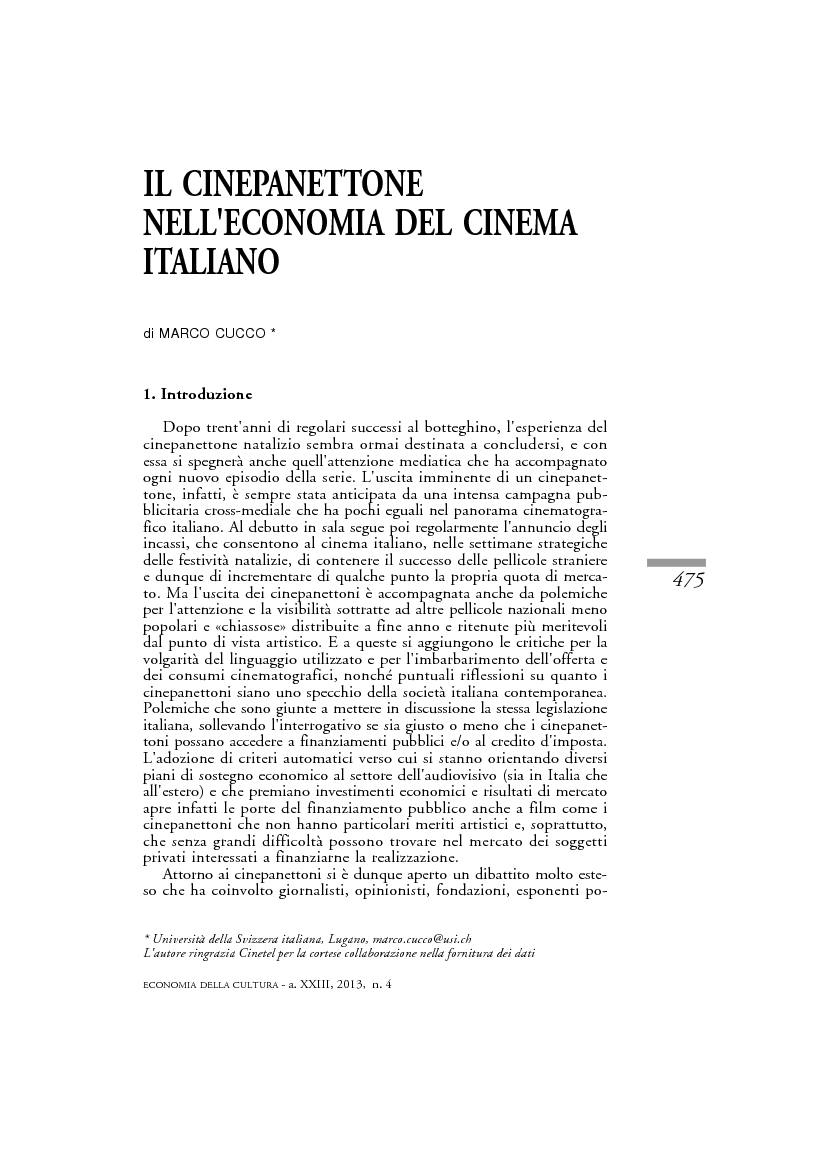