This article offers an outlook of the Italian libraries system based on data collected at national and regional level. After the unification, the new Italian state met with a diversified system of public libraries. Their very number and basic characteristics were unknown. Since 1863, throughout a century, several studies have been conducted on a national scale to fill the gap. When Regional autonomy was introduced in the 1970s, local surveys on libraries bloomed, but their coverage rarely reached the national level. Due to the lack of a National Authority on Libraries, a complete picture of the system, made of public (state, regional, municipal, etc.) and private libraries, with standard methods and comparable data, is still to be attained. 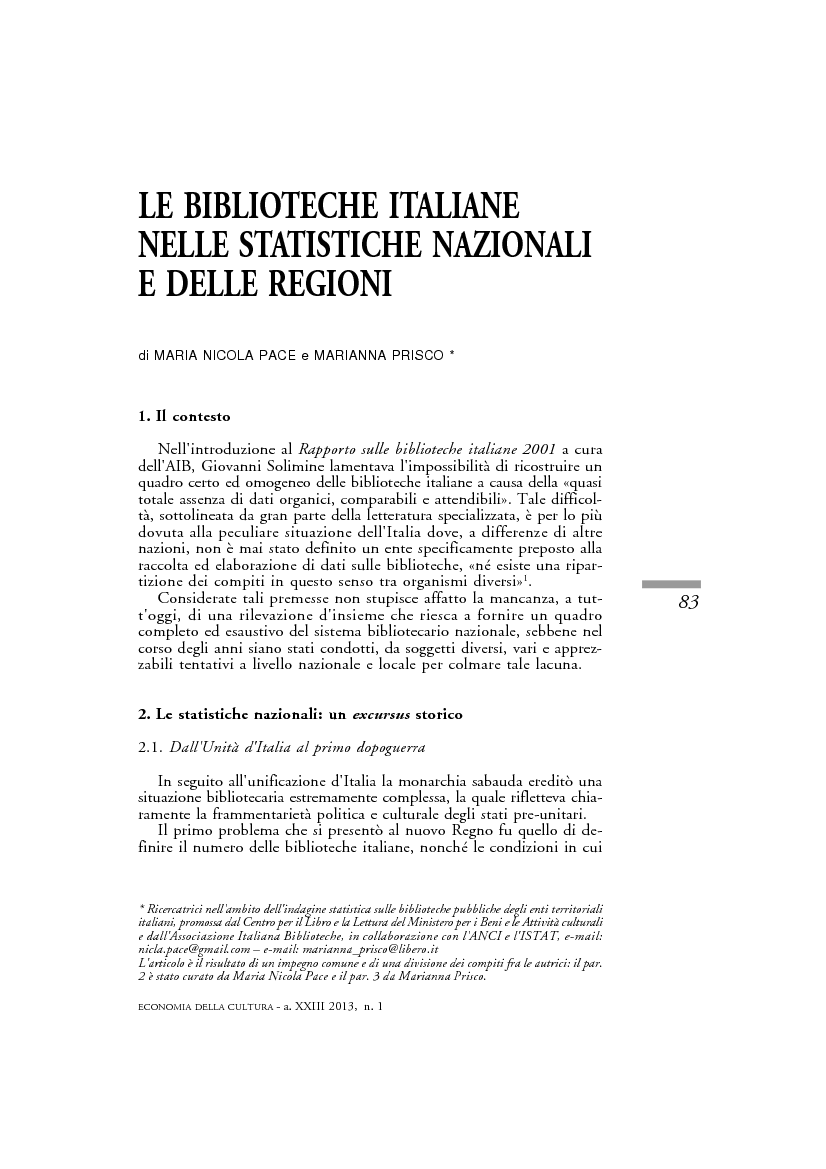