It is sufficient to see the scaffolding of the Giotto frescoes, in Assisi or Padua, of Signorelli in Orvieto or Piero della Francesca in Arezzo, to understand the true meaning and significance of that magical and fateful moment in which the wet plaster finally takes body and shape, solidifies and consolidates into visible imagination. The essay examines the various iconographic solutions given in the history of art to the events of the Genesis, emphasizing how a faithful adherence to the texts has now become untenable, and highlighting and studying in depth subjects such as the material and tangible concept of light as a concrete manifestation of the Divine; that of the representation of an act of generation, without regard for development and temporalities; that of the impossibility of depicting the Holy Trinity. And the text still methodically follows the voyage of Noah's Ark, which at the outset is shaped like a large rectangular box, completely different from the nautical form imposed by modernity. The impression in art today is that it is the silent and burnished cry of Absence which increasingly connotes sacred subjects: and the artist who perhaps best marks this drifting away, which can also be extremely fertile, is Claudio Parmiggiani, of the Delocazioni, himself. Sacredness without religion or religion without the Sacred. Like the trace of something vanished, yet preserved in art. 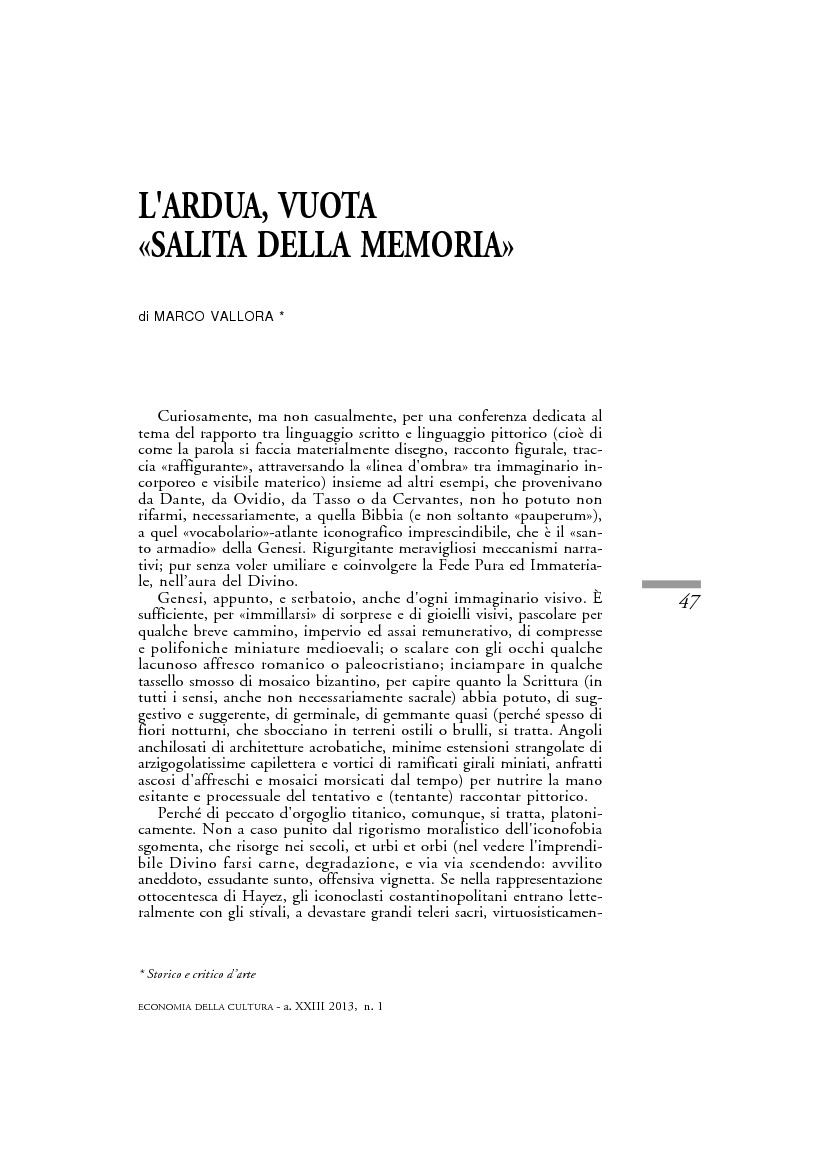