The analysis of documentary sources provided by the catalogues of the Venetian Biennali, from the first in 1885 to the last preceding the first world war (1914), shows how pictorial production of the religious subject, as yet little studied, though not very numerous, had earned awards and recognition, was sold and held in high regard by the public, critics and the Italian and foreign press of the time. Religious works became famous: as in the case of the Madonnina (1897) by Roberto Ferruzzi which, thanks to the Alinari photographic reproductions, became one of the best-known and loved images in Italian painting at the end of the Nineteenth century, by transforming a traditional subject into something popular. The 1901 Biennale boasts the greatest number of sacred paintings; the fourth edition of the Venetian exhibition also presents two personal exhibitions of Gaetano Previati (who shows drawings of religious subjects, such as Saint Paul and the Deposition) and Domenico Morelli with «The Deposition of Christ, Christ mocked, Jairus' daughter, Christ on the waters, Christ tempted, as well as two versions of the Temptations of Saint Anthony». Both exhibitions are indicative of the importance and role of the religious theme in relation to developments and the historical artistic trends of the period: in fact, both artists, prefer the use of the traditional sacred theme to underline how the principal artistic problem, at the turn of the Nineteenth- Twentieth centuries, was that concerning new formal solutions. Moreover the Biennale of 1909, during which a personal exhibition of Franz von Stuckwas shown, should mentioned: there were numerous religious works in which mankind's constant and unceasing search into the deepest meanings of his spirit, the true subtlety of feeling, the depth of research, the intensity of expression is powerfully revealed. In the 1910 Biennale, as in the two following, it is clear to see how with a great number of European artists there is a widespread aptitude for search and probe into the mystery of man and all that surrounds him: as in the case of Gustav Klimt. It should be emphasized how there is no common, homogeneous code capable of representing this new sensitivity, but rather how the problem seems to be the search for a language capable of showing and representing the spirit, expressed clearly in the sacred character. 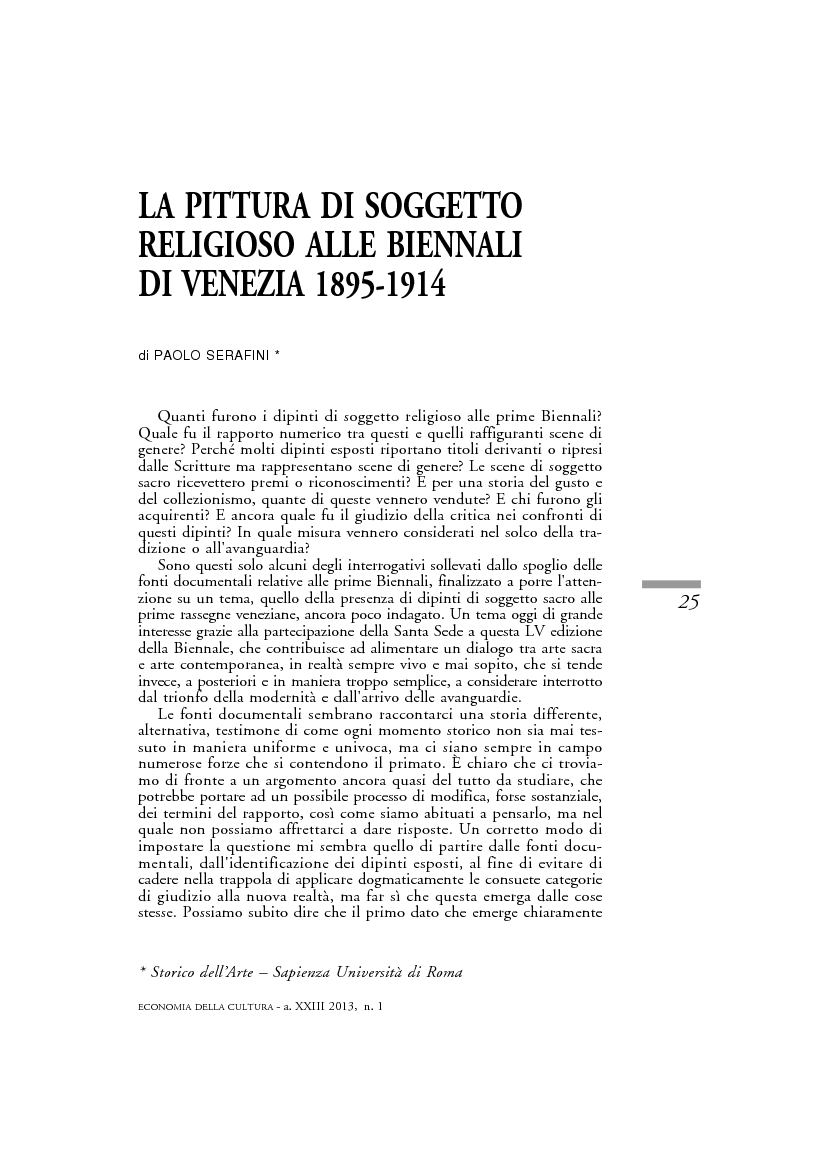