In December 2012, the International Telecommunication Union will meet in Dubai on the occasion of the World Conference on International Telecommunications to review the International Telecommunication Regulations (ITRs), a treaty dated 1988 which established the current framework for interoperability and interconnection of international telecommunications traffic. The proposal aims at adapting the rules shaped in 1988 to the so-called digital ecosystem. This leads towards the extension of the ITRs to the entire ICT sector and not only to the field of telecommunications. A position that derives from the observation that the production and consumption of telephony and Internet access, television, radio services, and publishing have undergone a profound transformation. So far the governance model was shaped according to the net neutrality principle, relying on a regulatory imbalance among various industry players (on the one hand the telcos, on the otherone OTT). Many operators (supported by some economists) claim that is time to review this approcch and to go a step further in the implementation of a new and more simmetrical regulatory framework. In the light of the lively debate that ITU proposal has raised, this analysis aims at reviewing the key points of view, proposing a sort of red line through which get better insights of the problem. 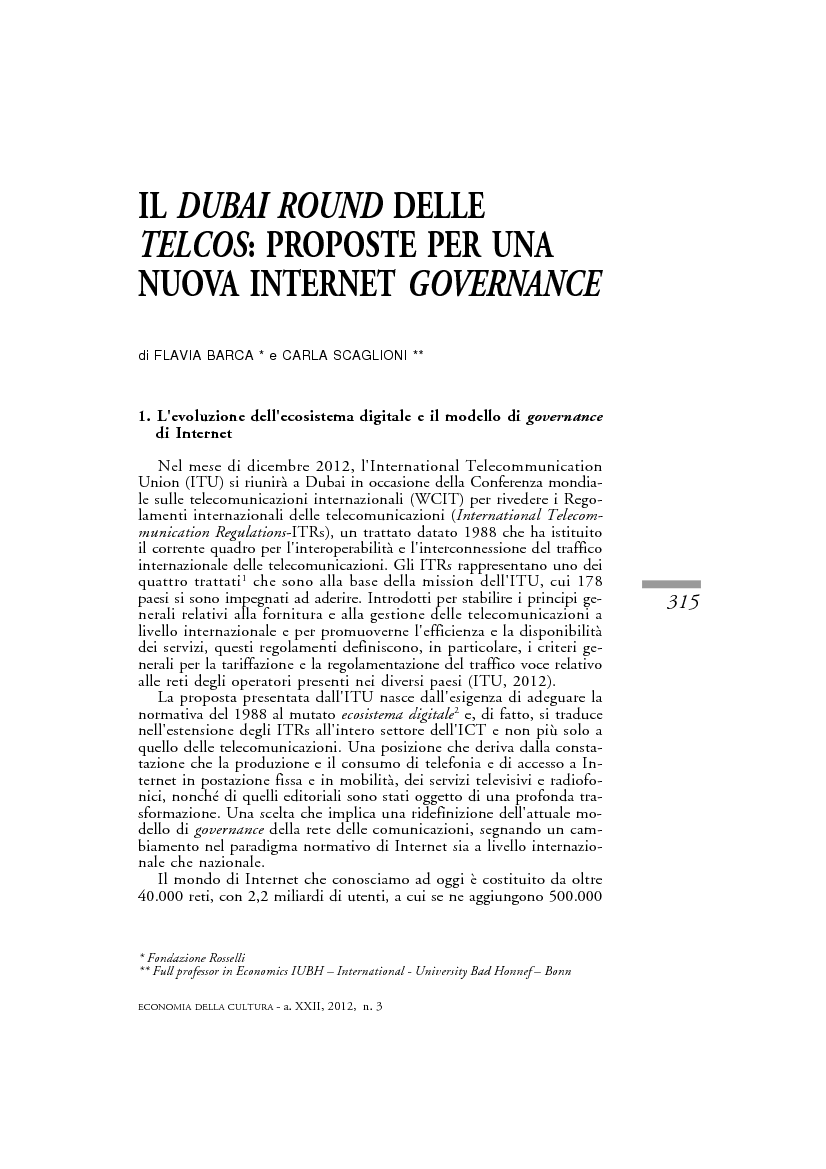