Art looting during war time is a very ancient practice. Its legitimacy has been questioned for the first time by Cicero, but only during the XIX Century British Courts ruled positively against it and recognized the special status of art and cultural properties. Today, restitution of cultural items illicitly or illegally exported is still rare, slow and controversial. Protection of cultural properties was indeed secured by the Allies during 2nd World War in Italy and Africa. Present days conflicts, almost universally taking place within states and not between them, appear even more cruel and destructive, with long lasting impacts on material and immaterial culture. 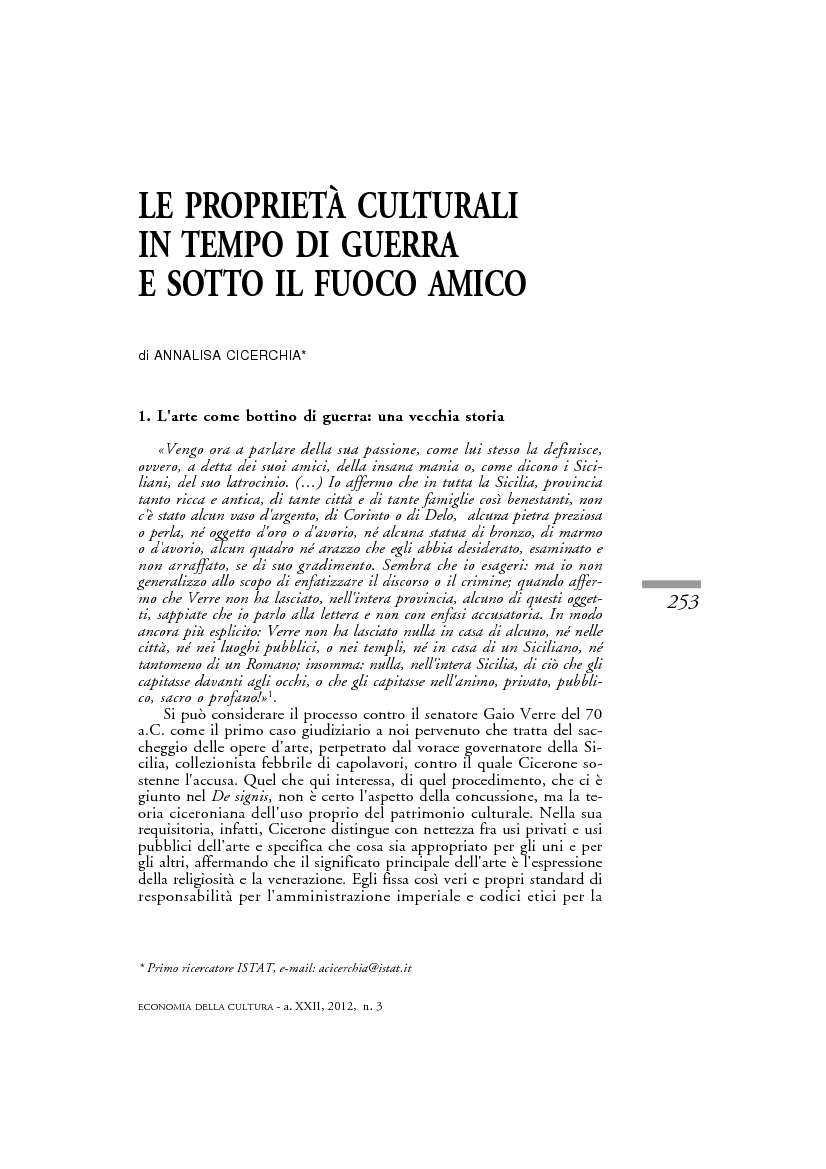