On the eve of its dissolution, ETI (Italian Theatre Institution) promoted a comparative survey of institutions and legislation related to the performing arts in eight European countries (Cechia, Finland, France, Germany, Hungary, Netherlands, Spain, United Kingdom). This paper displays the main results of the study with regards to their Constitution and primary sources of law, the allocation of institutional responsibilities, the implementation tools of constitutional principles, the public competent authorities (central structure, public bodies or issuing/private support), the objectives of the public support, the resources of the central government directly related to the creation and culture, the direct support of the Department of express reference to bodies jurisdiction/state owned, the economic support of local institutions, some special supplements of the state, the Observatories of the culture/performing arts. 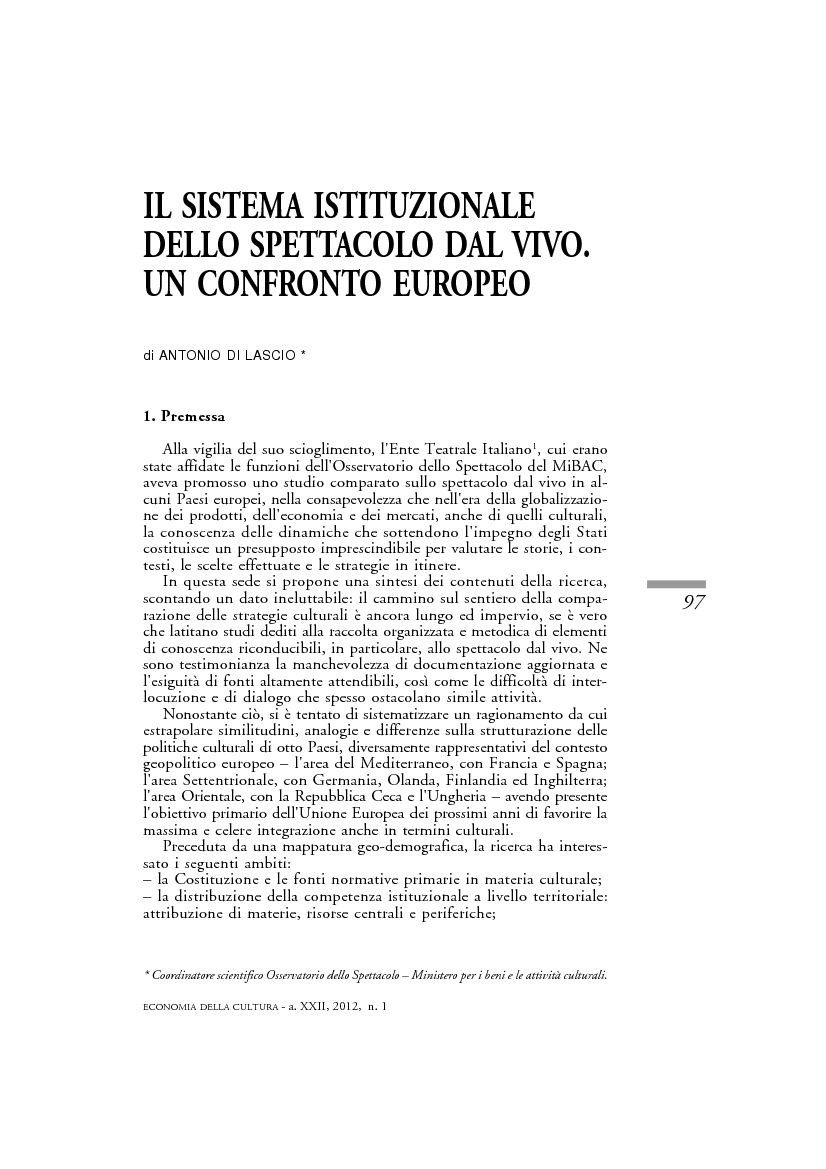