The relationship between the cultural labour market and the artistic and cultural training system are, indeed, problematic, last but not least for the lack of a general reference framework as well as of exhaustive data. This contribution focuses on the quite unsatisfactory role played in the cultural training system by Universities, as stated by a recent ad hoc survey carried out by Al- mamater. Nor are the Regions, quite active in exercising the functions of professional training transferred to them by the State in the arts and heritage field, doing better. The need for a more organic institutional cooperation among the Universities, the Regions themselves, the Ministry for Labour, the Ministry for Heritage, is emphasized. Prospects dealing with a better and less unfair regulation system of stages and apprenticeship contracts - so frequent in the performing arts sector, where they often end up in exploitation - are also evocated, both at the national and at the EU level. 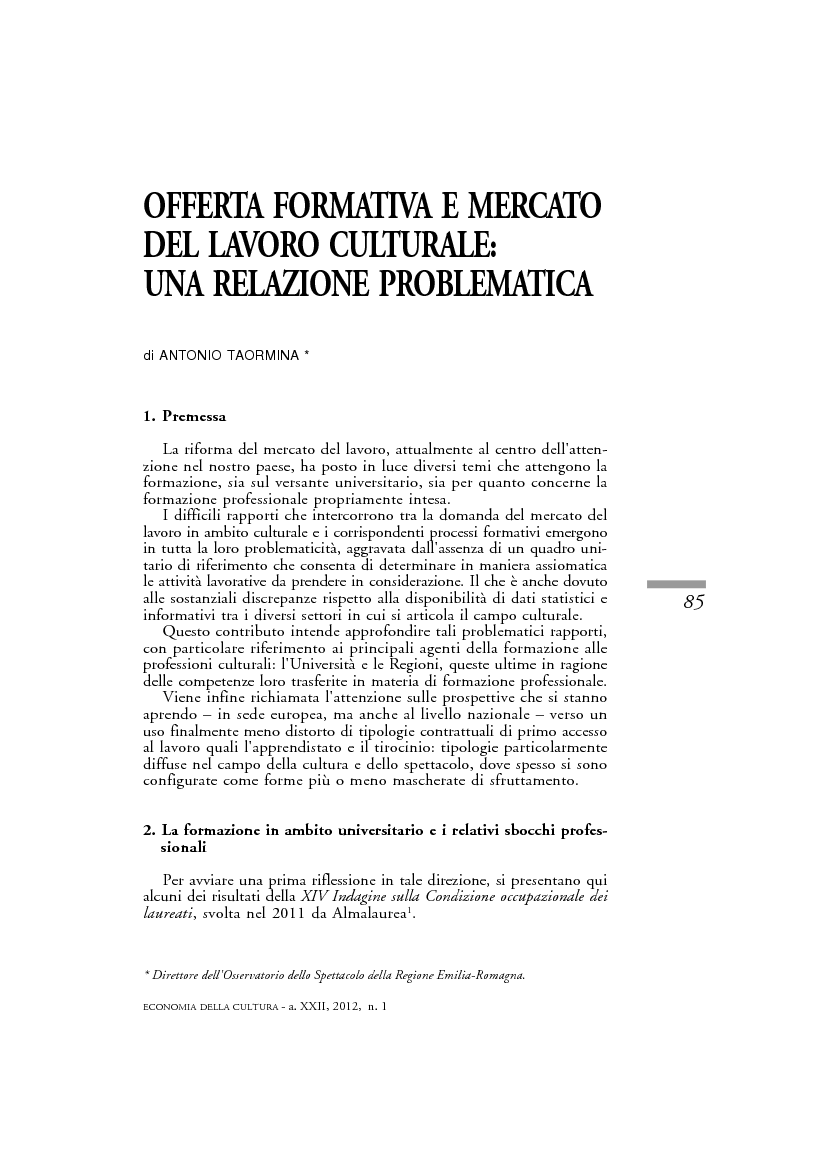