This contributon, which should be read in sequence to the previous one, deals with the trend in cultural occupations in Italy 2006-2010, according to the results of the already quoted study based on the Labour Force Survey. The fact that the number of cultural occupations in 2010 has not changed with respect to 2006 is the result of opposite alternative trends: a considerable increase up to 2008, when the highest peak was reached, has been followed by a collapse in the two subsequent years. Compared with a quite similar trend of total employment, evidence shows that cultural occupations are doing better in times of growth, whereas they decrease at a faster pace in times of economic and financial crisis. On the other hand changes in the socio-demographic characteristics and in the allocation of the employed among the different domains are not significant. A negative trend in public cultural expenditure, along with a slowdown in government's commitment in cultural policy, is assumed among the determinants for the recent decrease of employment in the cultural sector. 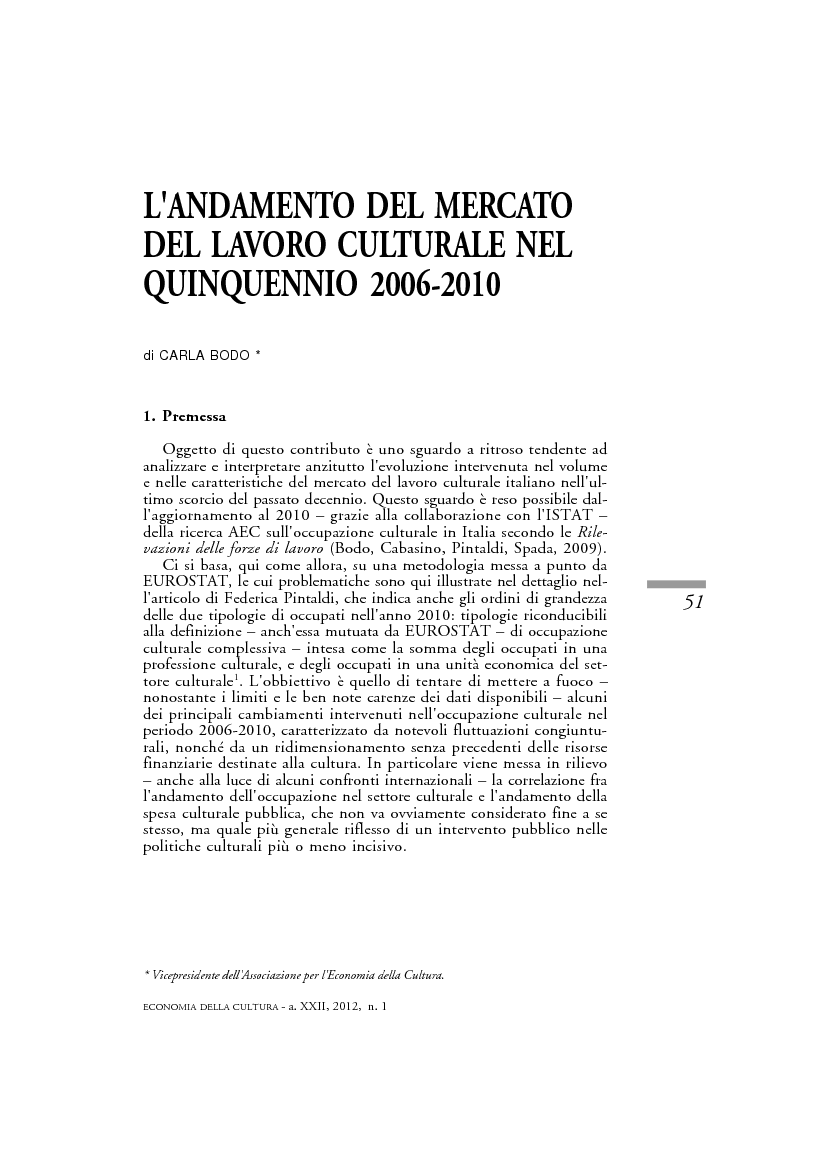