The now dominant project based system of production in the artistic labour markets relies on flexibility and short term assignements, so much so that artistic employment and unemployment have been increasing simultanously. After describing the reasons why the search for flexibility is a core feature of artistic work, as well as the several avenues through which it can be attained, this paper investigates how the risk of unemployment has been generously treated in the French performing arts market. It also explains why an unemployment insurance program designed to protect artists and technical and managerial workers against work contingency is also playing a growing subsidizing role for the performing arts industry: employers can actually ensure the production system its flexibility by keeping a permanent excess supply of workers available, paid through unemployment insurance. As the program soon ran into financial problems, compensated unemployment grewing more rapidly than paid work, all attempts to reform its rules failed through collusive maneuvres by the employers to bring their interests in line with those of their employees. A new scheme is finally sketched, that might stop the irresistibly trend towards deficit of the unemployment insurance fund. 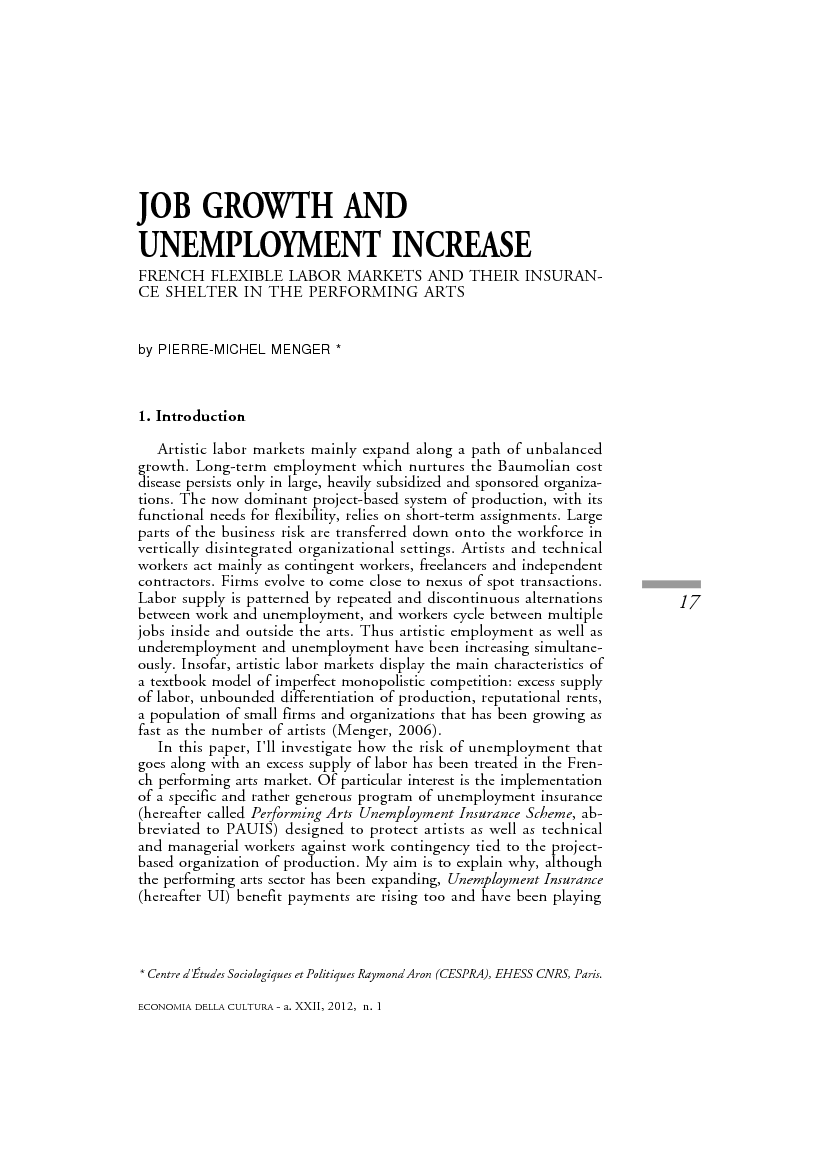