Britain's cultural policy and support since the end of World War 2 has been a mixture of public, voluntary and private, often described as occupying a mid-way position between more «statist» European models and the laissez faire of the USA. Government financial subsidy has been exercised through intermediate, semi-independent bodies - such as the BBC, the Arts Councils and the Film Commission - intended to protect (not always successfully) institutions from political interference, or via local government provision. The radically reforming Thatcher governments of the 1980s dictated a need for improved efficiency, which led to greater economically-driven instrumental policy. Subsequently it was up to another conservative Prime Minister, to create, in 1992, the first comprehensive British Ministry for culture and the media, as well as the the National Lottery, which led to a remarkable increase in revenue for the arts and heritage. 13 years of Labour government from 1997 emphasised both the social value of culture and the creative industries, and encouraged synergies between different policy areas, while further increasing government funding of culture. Following the 2010 election, the newly formed Conservative-Liberal Democrat coalition government is predicting years of austerity to deal with the national debt, with funding cuts of at least 25% and a rapid abolition of parts of the intermediate structure dealing with film, museums and libraries. 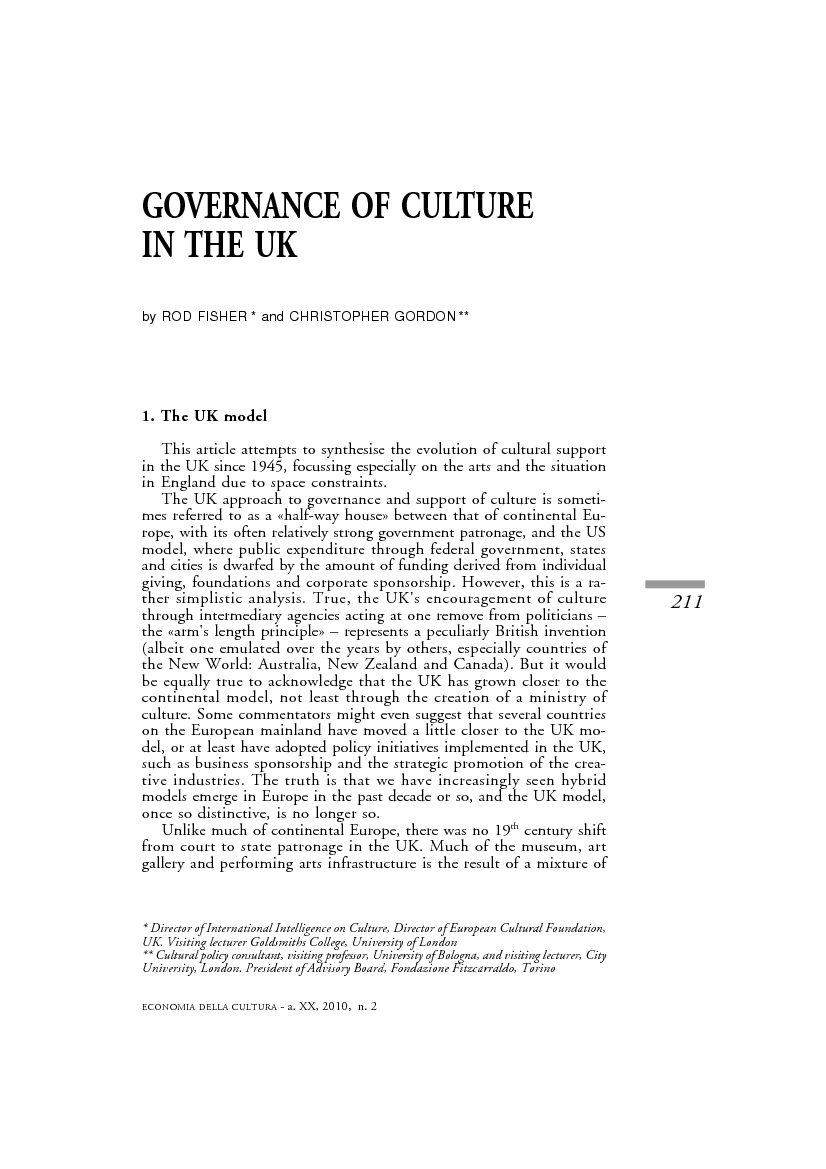