This article focuses on the need for urban archaeology problems to be considered on a mental horizon going far beyond the physical and technical dimension of the artwork or monument and the restoration project. The author reviews the emblematic experience of the Coliseum, which has been variously considered over the course of the centuries as a «ruin», a relic of the ancient Urbs, «awaiting» something (the visitor's surprise, the strongman's interest, or the archaeologist's study and action) and as an integral part of daily life in the city, which by its nature is an interconnected structure of relations. The article considers the changes in the role of the Coliseum «preserved in city life» from the time of imperial Rome to papal Rome and, in particular, the projects commissioned and realised in the 1600's and 1700's by the most illustrious architects of the time, who were able to grasp and exploit the irrepressible vitality accumulated in the «monument». 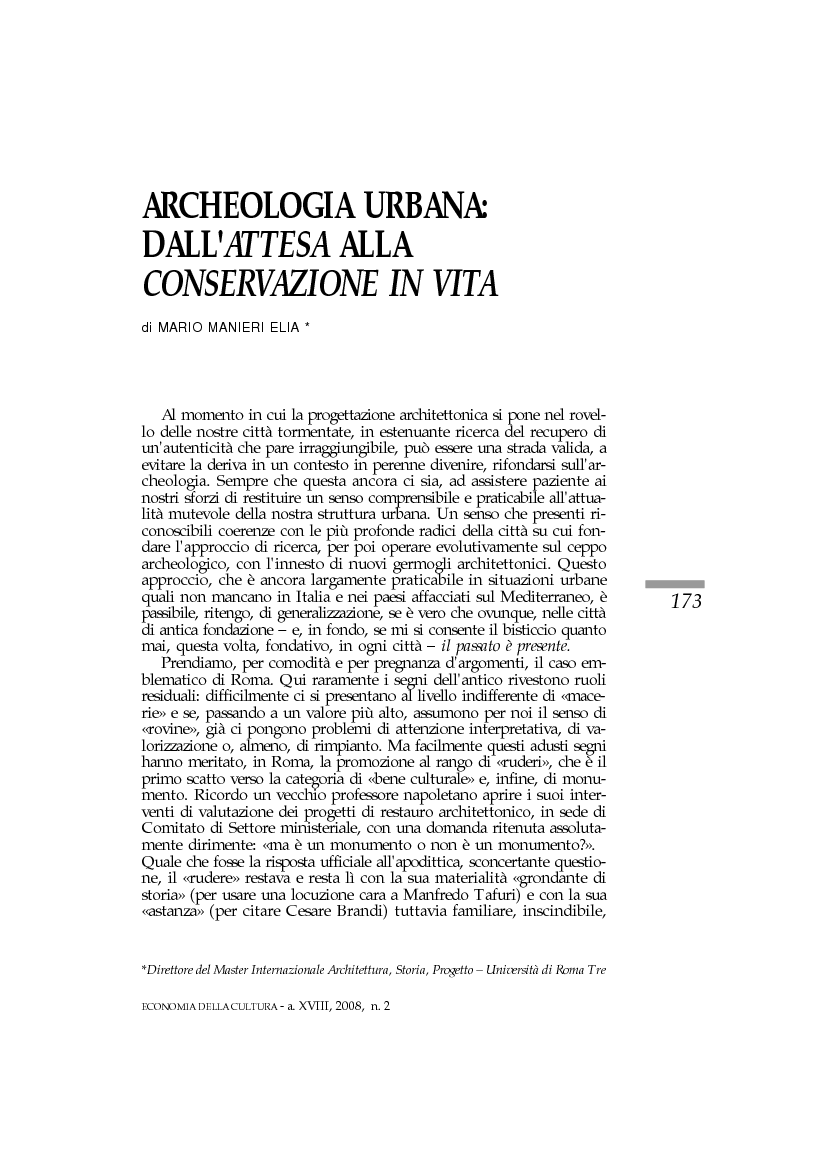