The Italian Heritage and Landscape Code that has been in effect since 2004 is based on a notion of «conservation» of heritage as an historical and critical judgement and philological consideration of its constitutive elements, which became complex and ramified in the 20th century. However, this is insufficient to generate concrete and positive effects, given the contradictions between Italian and European laws governing public works contracts, public accounts, competition, and the failure to harmonise all of the foregoing with the Code. The result is that usually the last and isolated interpreter is the individual technical-scientific expert at the Fine Arts Service, who must take decisions on such a discretionary basis that they become arbitrary. In practice, the current laws and regulations in Italy governing public works contract procedures are still too detailed, while no genuine system of protection supported by an organic technical-scientific approach exists. Furthermore, most laws and regulations address «big projects» but not planned preventive maintenance of heritage throughout Italy. There are still no consistent guidelines for training specialists (in the public and private sectors) or adequate organisation of protection and improvement services. In order to escape from this vicious circle, technical measures should be implemented as soon as possible for maintenance plans and the relations between heritage and the environment (pursuant to Article 117 of the Italian Constitution), instead of adding new legal obligations to the superabundance of those that already exist. This too is envisaged in the Heritage and Landscape Code. 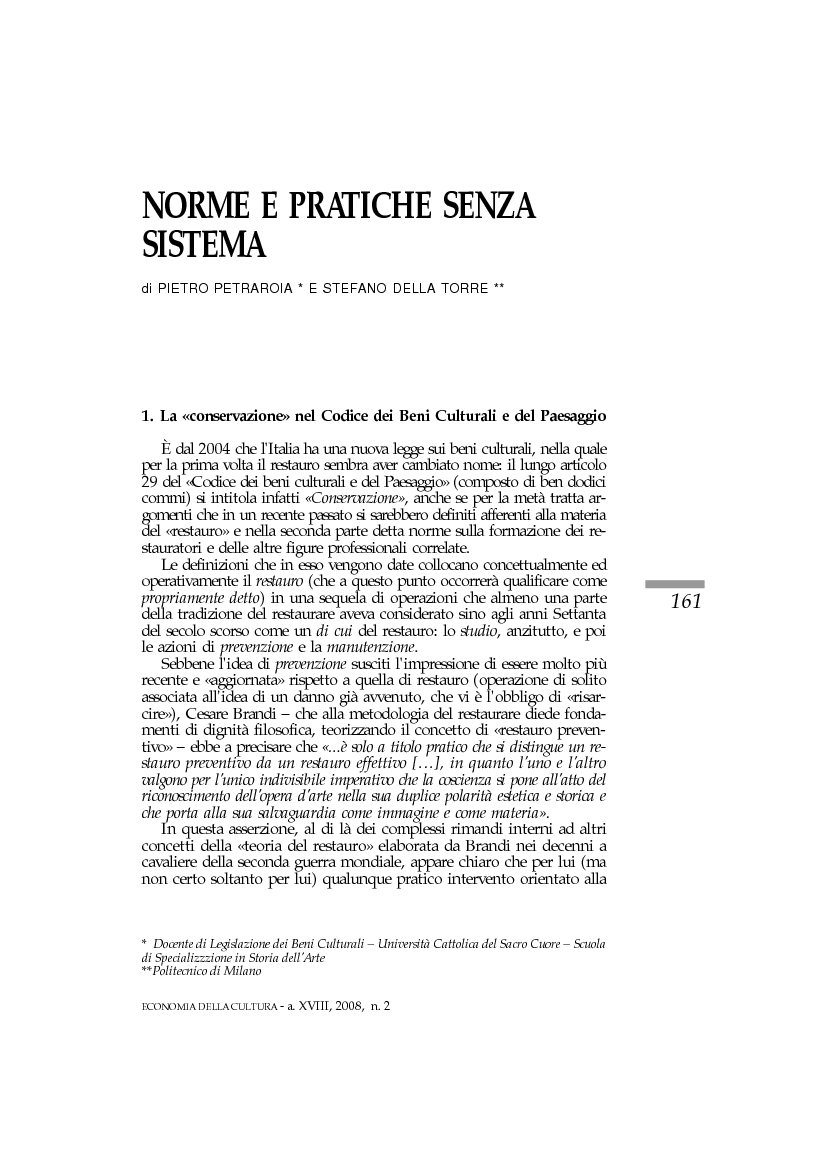