Despite its obvious relevance for understanding the future orientation of cultural creation and consumption, the cultural behaviour of young people appears neglected by the research. There is indeed a mosaic of sectoral and local studies, but systematic and nation-wide analysis appears to be lacking, both in Italy and elsewhere in Europe. Cultural policies addressing young people concern both the demand and the supply side. State support of young artists and young authors, and, in general, of creatives in Italy is traditionally weak, but local administrations and Regional Governments appear more active in the last years. This entails a greater variation of policies, but the creation of temporary or permanent networks of «cultural» cities is bringing about a fair degree of coordination. On the supply side, a few state initiatives aiming at increasing the cultural consumption among young people have been started in Italy with reference to access to heritage and especially museums. Local administrations can boost instead a variety of initiative mainly concerning festivals and the performing arts. 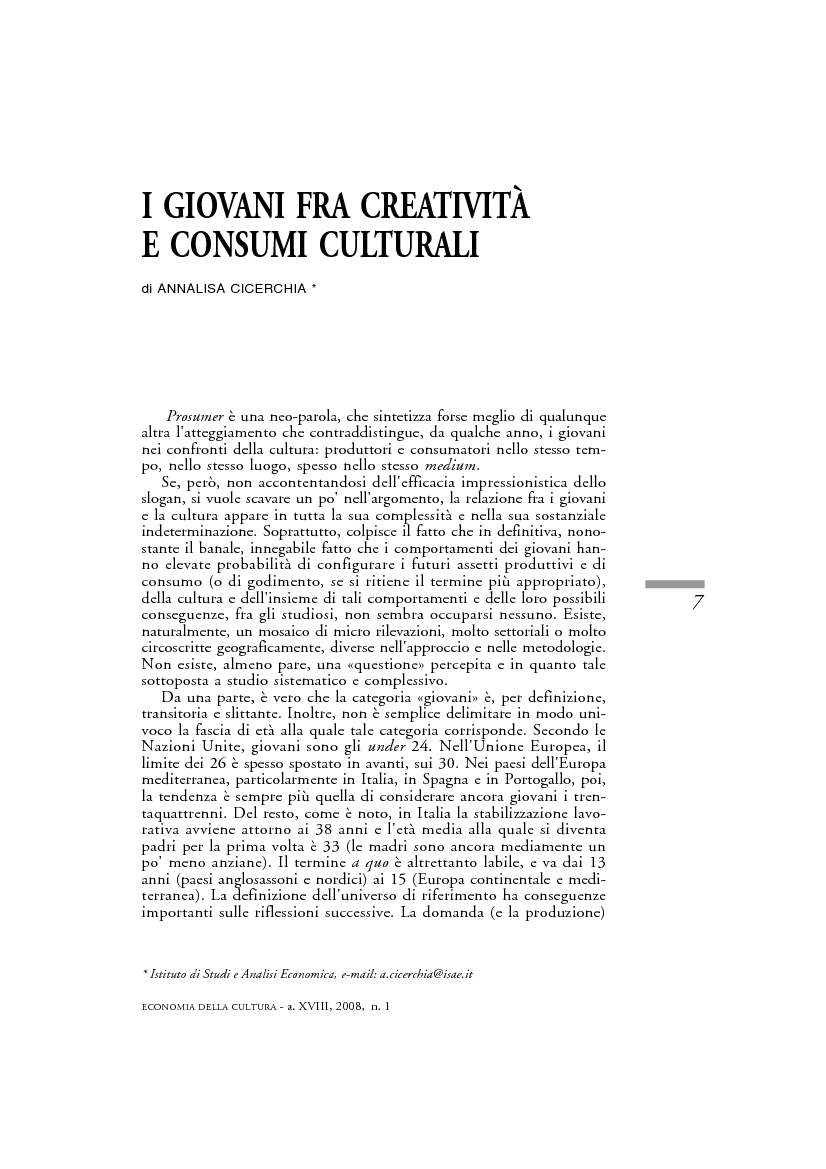