The author, undersecretary of the Heritage Ministry, illustrates the specific measures included in the 2007 Government Budget Law. Although the financial resources available have been increased only marginally, the measures aim at rationalize the relationships between different levels of Governments, and between the public and the private sector. Important, in the Budget Law, are the decisions regarding the governance of ARCUS, the public company funded by a share of expenditures on public works, and the new organisation of the Tourism department, which is now linked to the Heritage Ministry. The year 2007 appears, in fact, as the first year of a longer range program regarding both heritage and the performing arts. 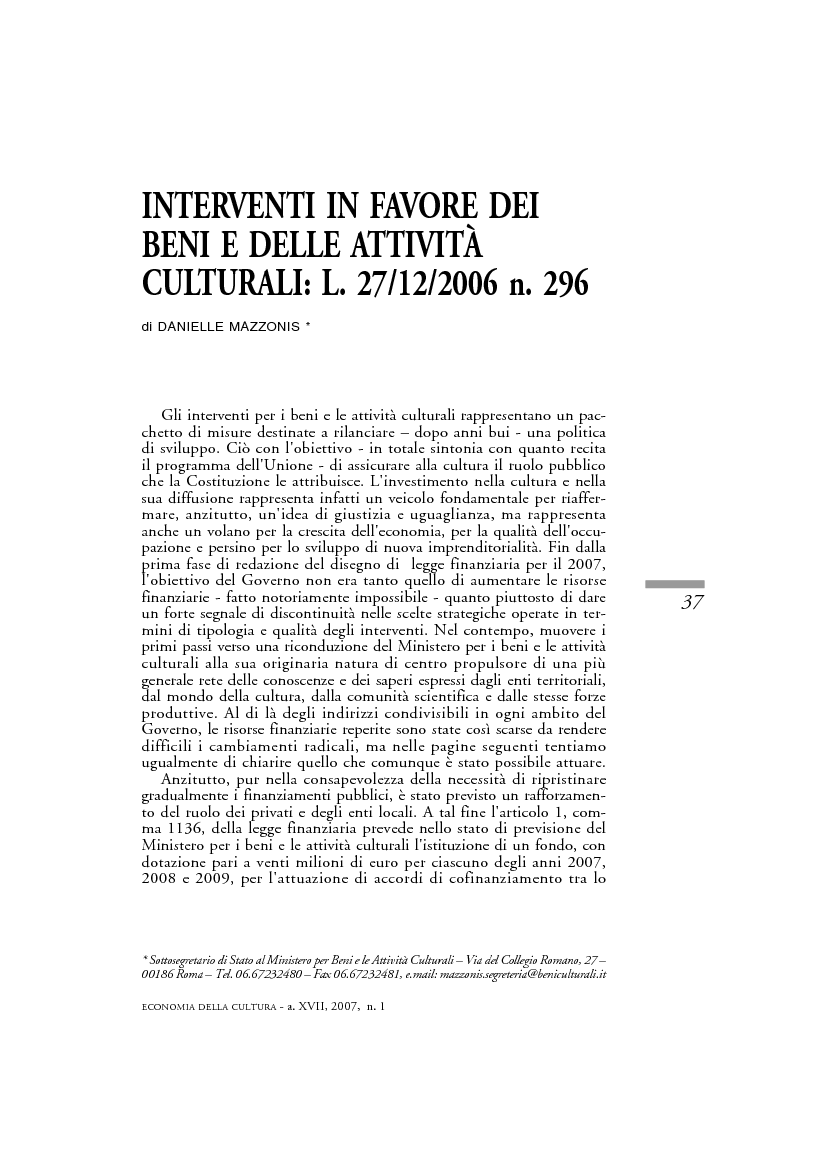