Public art will be described as any kind of artistic activity taking place in a public space that is motivated, designed, implemented and perceived in terms of its public nature. Starting from the 1960's western cities have adopted specific strategy of public art dealing with physical urban transformation. The use of this instrument is seen as stimulating the disposition to learn and reflect of the local community, fostering the social cohesion among and/or across groups, renovating the social fabric providing the community with a powerful means of self-representation and awareness. This paper presents three different case studies, Barcelona, Montreal, Sydney in which public art policies are associated to cultural-led urban renewal projects. Thus promoted by events as for Universal Expo, Olympics. By the examples illustrated will be possible to underline the role of culture in public urban areas, not only aesthetic, but providing also economic and social output, not only celebrative, but challenging the population to a new vision, perception and use of the urban environment. 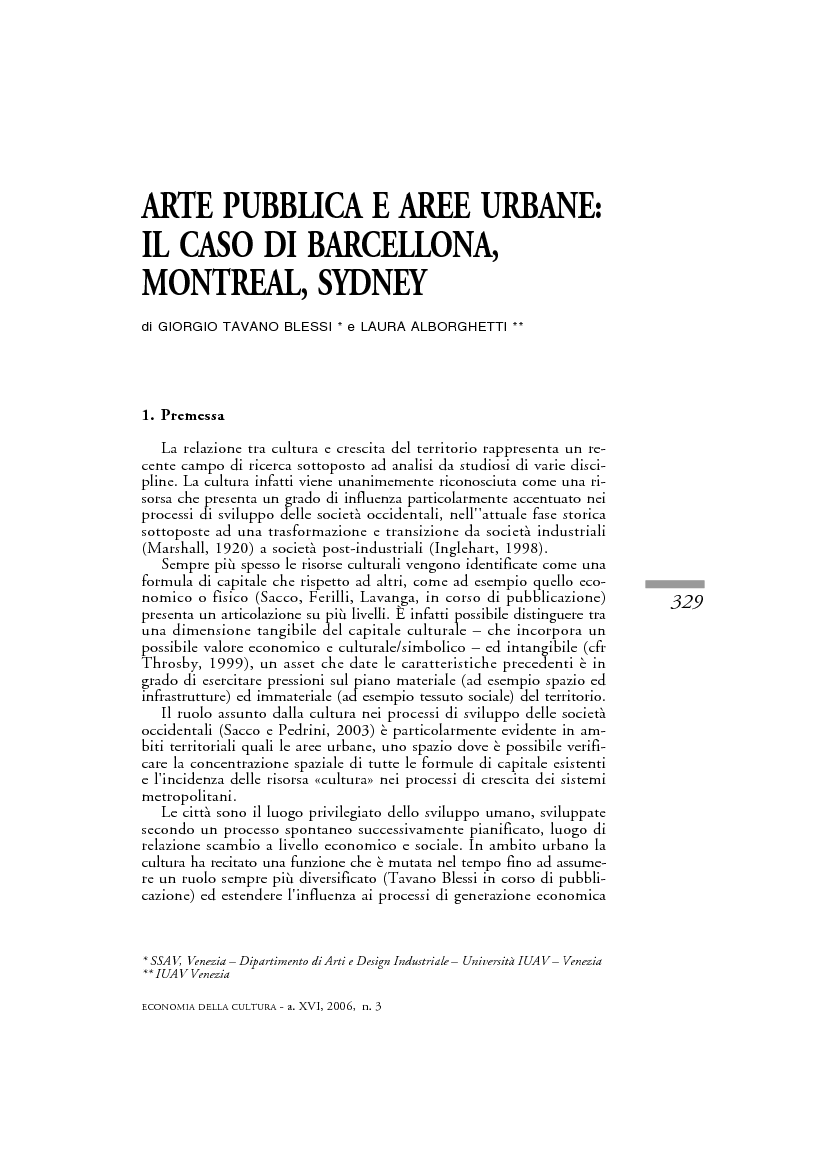