Open to all, cultural institutions were initially created to illustrate and disseminate the new values of progress through knowledge and democracy supported by the Age of Enlightenment. A century later, the sudden explosion in cultural tourism initially took museums and heritage sites and monuments by surprise. People working in the tourism industry came to occupy a key position in the economy, image, practice and even the interpretation of heritage. Nevertheless, cultural spaces have lately, within a single generation, shown an impressive ability to adapt. The large museums in particular have increased the range of alternatives that they offer and are able to attract significantly higher numbers of visitors, to the extent that it could be claimed that they have turned themselves into «media». But the change from one public, mainly domestic, to several publics resulting from the globalisation of tourism has entailed a shift in the paradigm of access for museums, the consequences of which have not been adequately analysed. The democratisation of culture was organised in terms of supply, but the economisation of culture tends to sustain a logic of demand, imbued with the dynamics of consumerism. Museums today are facing a radical recasting of their remit. 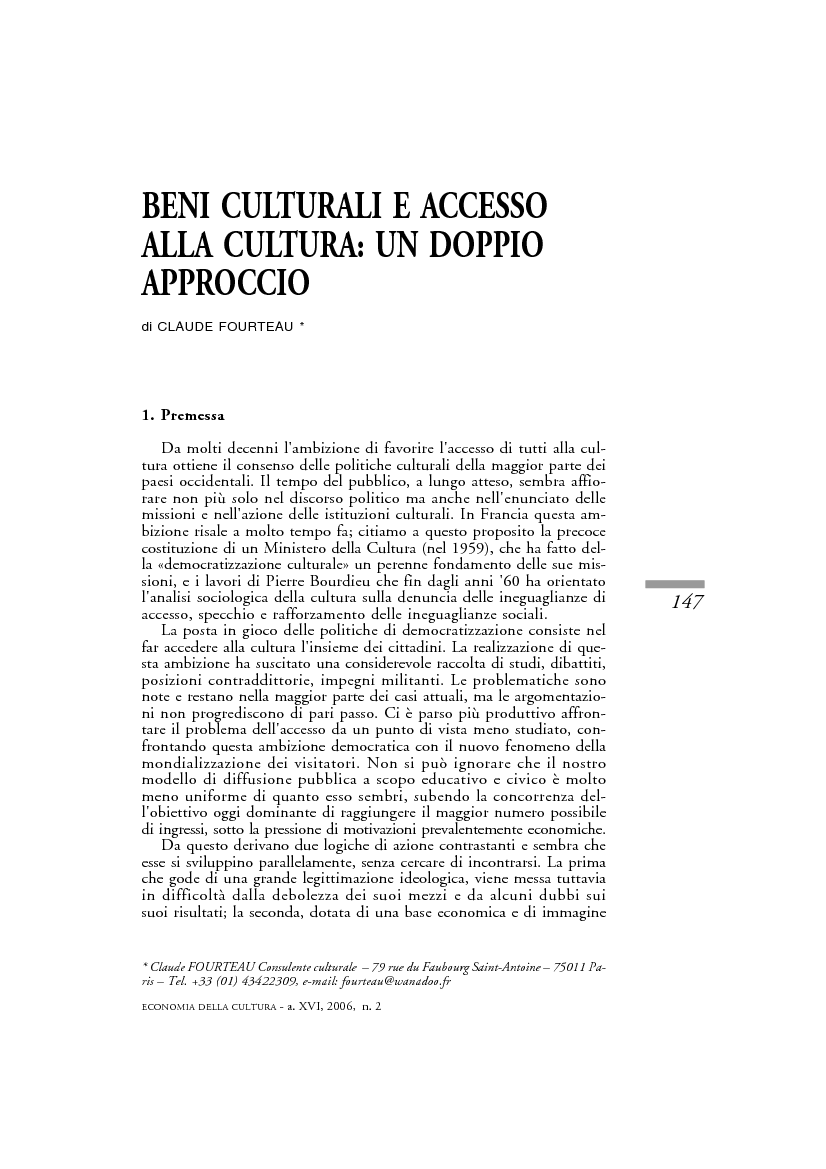