The demand for cross-border cultural co-operation in Europe has accelerated in the past decade, and official government and national cultural institute supported initiatives share the European space with cities, regions, cultural networks, practitioners and other players. This paper looks at cultural co-operation in transition in a Europe which is also undergoing change, and at how the policies and instruments for cultural co-operation are changing from cultural diplomacy. Drawing in part on research he conducted for an Interarts and EFAH project for the European Commission, the author indicates how factors such as political developments, EU enlargement, financial constraints and changes in transnational cultural practice have led governments in general, and national cultural institutes in particular, to re-orientate their policies. As a result, national cultural institutes are more prepared to engage with each other on European issues, where there are shared agendas, rather than compete as in the past. The author also notes that many governments have failed to satisfactorily resolve the competing priorities of foreign, trade and cultural ministries. 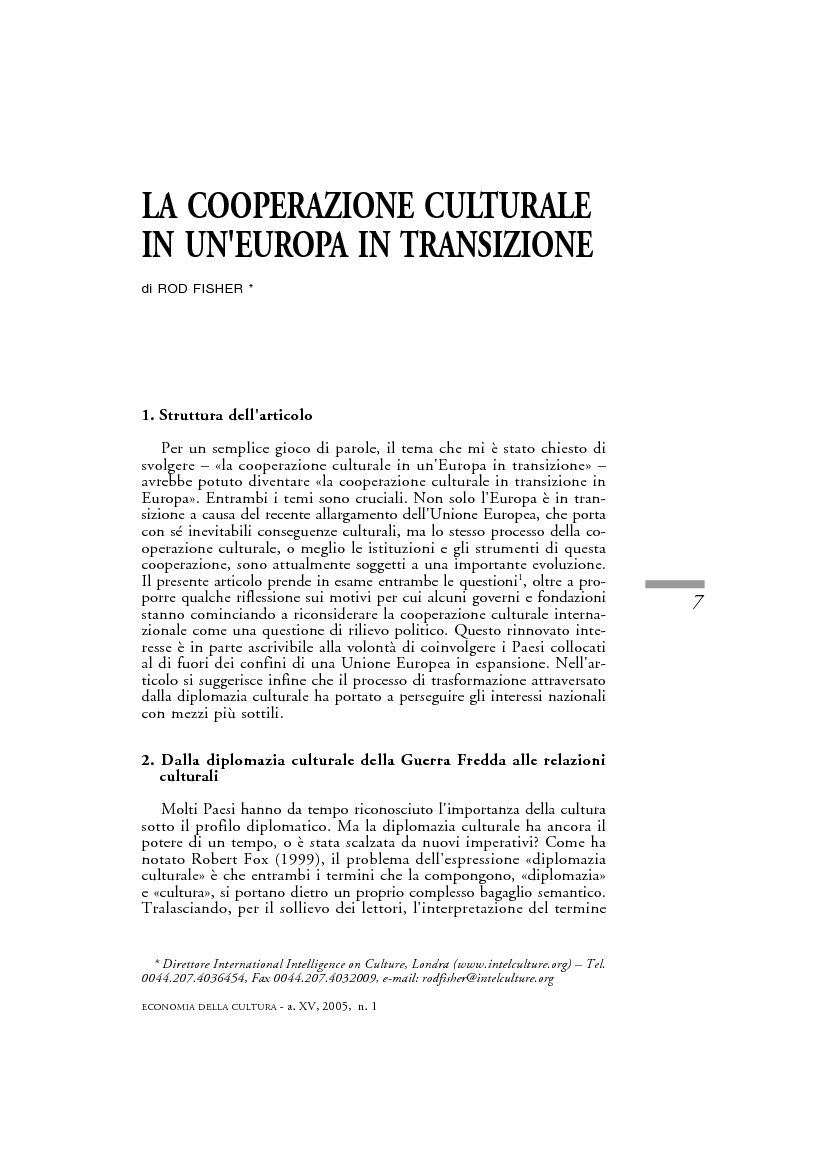