The introduction of IT has changed also the way in which critical editions are created, starting from the chance, provided by the research engines, to identify more or less complex keys within a text. Furthermore, the opera tradition, since 1637 when it started to be paid for, produces a great amount of corruption, regarding both the verbal printed text and the musical manuscript: this is confirmed by the great number of different versions of the same opera, some made by the authors, others being created during the representation itself. In the first case, it is possible to obtain an electronic edition of different versions of the same text (for example, Metastatsio produced 9 different editions of «Didone abbandonata»). In the second case, it is better to use an hypertextual model, due to presence of many people. 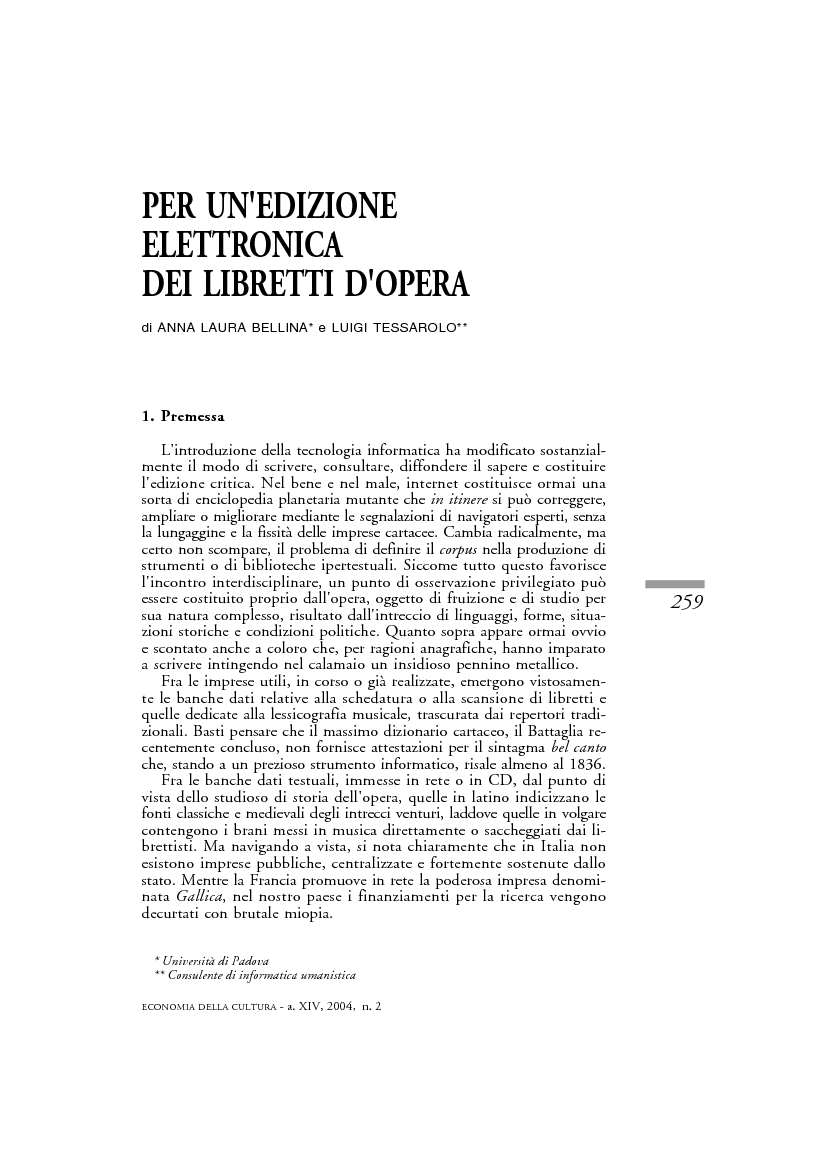