In a country with a rich literary tradition like France, support for creative literary activity has ancient roots. The principal vehicle for such support today is offered by the National Book Centre, which distributes grants funded by public fees to both authors and publishers. The concept of author is no longer limited just to literary authors, to actual writers, but also extends, since recent times, to translators and essayists on the one hand, and authors of comics and children's books on the other. Furthermore, the funding given to publishers for the publication of works can also be considered a form of indirect support for authors. However, this support confronts the permanent dualism of literature and book, author and work, that makes it difficult to define the notion of creation in the context of a cultural industry like book making. 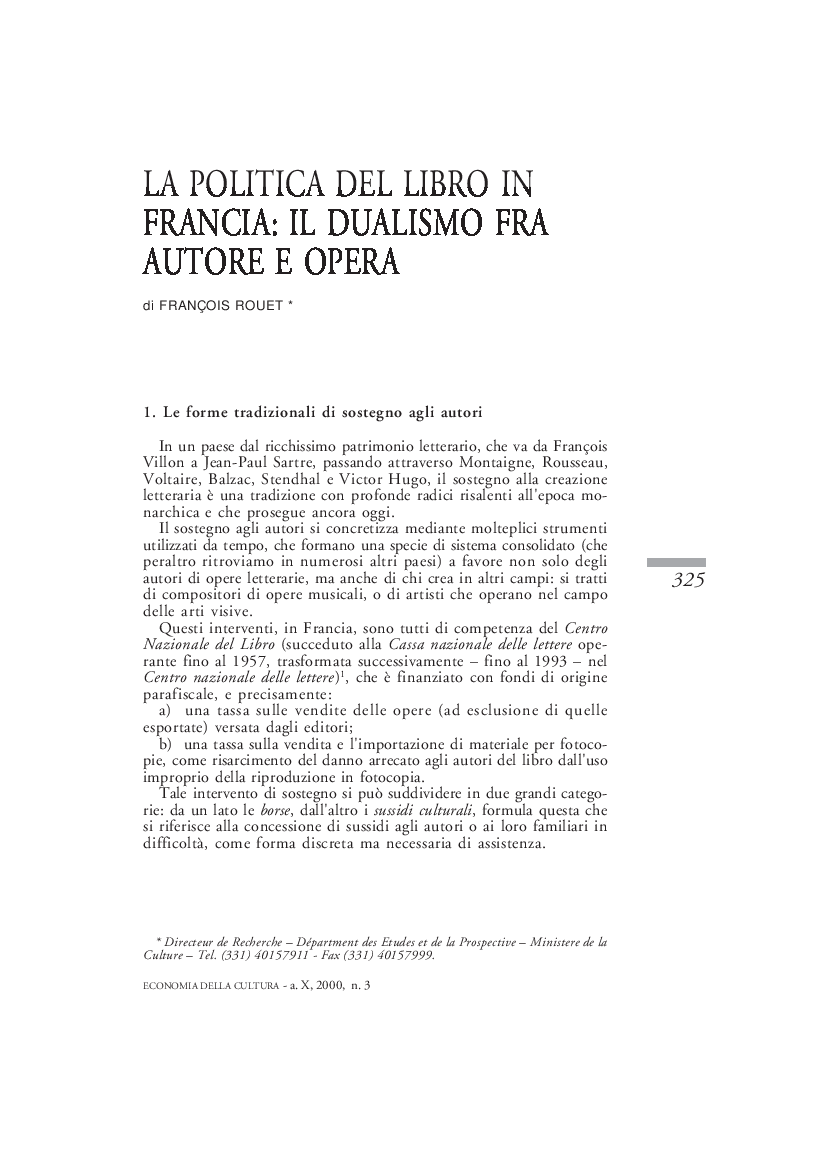