Institutions that had traditionally supported the visual arts had deteriorated in recent times. Specifically: a) the only relevant state institution which enacted this kind of support, the Galleria Nazionale d'Arte Moderna, had suffered a steady erosion in both its freedom of initiative and available resources; b) the «2 per cent law», whereby 2 per cent of spending on new public buildings was to be dedicated to the purchase of art works, had fallen into disuse, partly as the result of ineffective management. In 1996 the Prodi government launched a forward-looking reform of the state cultural administration extending the name and purview of the Ministry from cultural Assets («Beni») to include Activities («Attività ») as well, thus restoring contemporary art to its central role. The imminent creation of an Office for Contemporary Art and Architecture («Direzione per l'Arte e l'Architettura Contemporanea»), and the foundation of the Centre for Contemporary Art («Centro per l'Arte Contemporanea ») - a museum, documentation, and research insitution, which will also provide space for visual artists - are the clearest expressions of this new tendency. 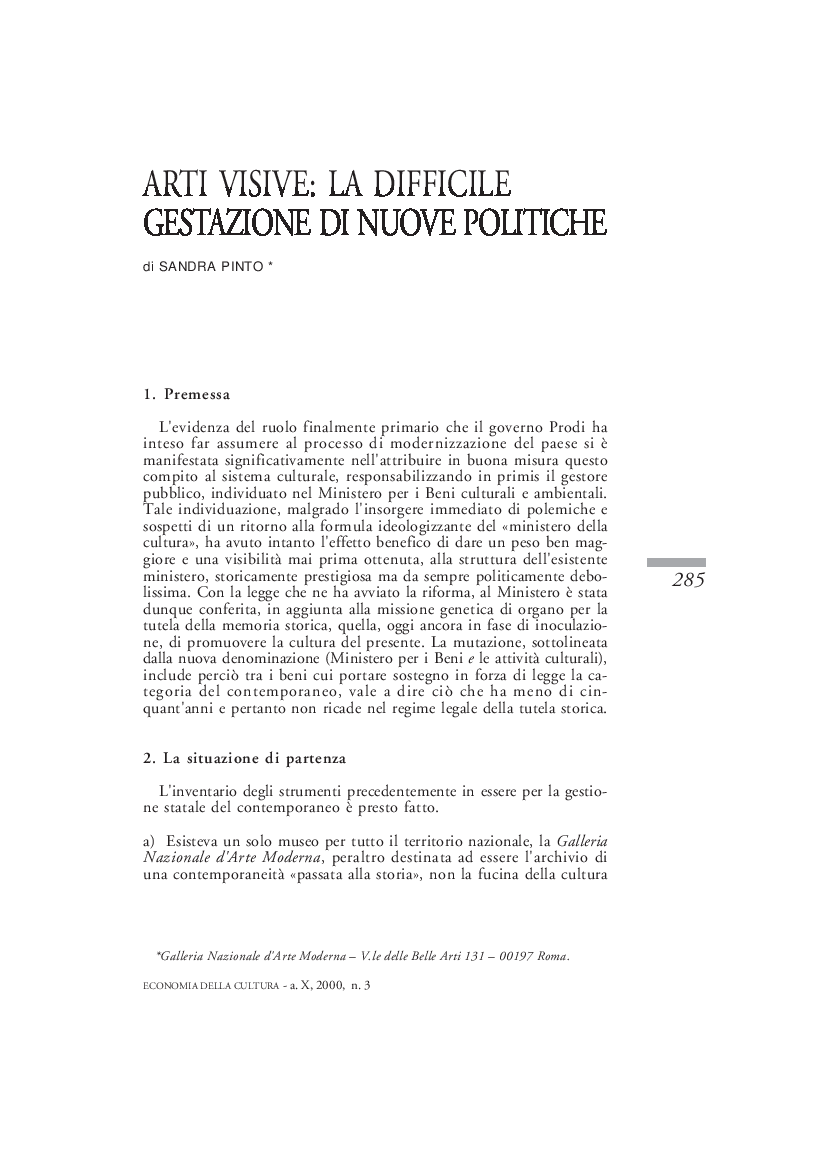