In this article, a critical account is given of the methodological debate which took place in the EUROSTAT Task Force on cultural expenditure, in view of drafting a common framework to systematically collect comparable statistics on public cultural expenditure, at all levels of government, in the EU countries. As the framework has already been tested in the 7 countries participating in the TF, it is now possible to give a picture of the many challenges that such an endeavour has to face (the survey is presently underway), and of the unavoidable compromises to conciliate the often differing concepts and attitudes among northern and southern, eastern and western European countries. Whereas the importance of the legacy of previous work carried out on the same subject by UNESCO is thoroughly acknowledged, in the article the problems encountered are analysed with respect of three crucial methodological issues: 1) the definition of the cultural field; 2) the definition of public cultural expenditure; 3) the economic classification. The problems Italy will have to face to meet this new European statistical commitment by regularly collecting detailed data, broken down by domain, on cultural expenditure by the state, the regions, the provinces and the municipalities are underlined, as well. 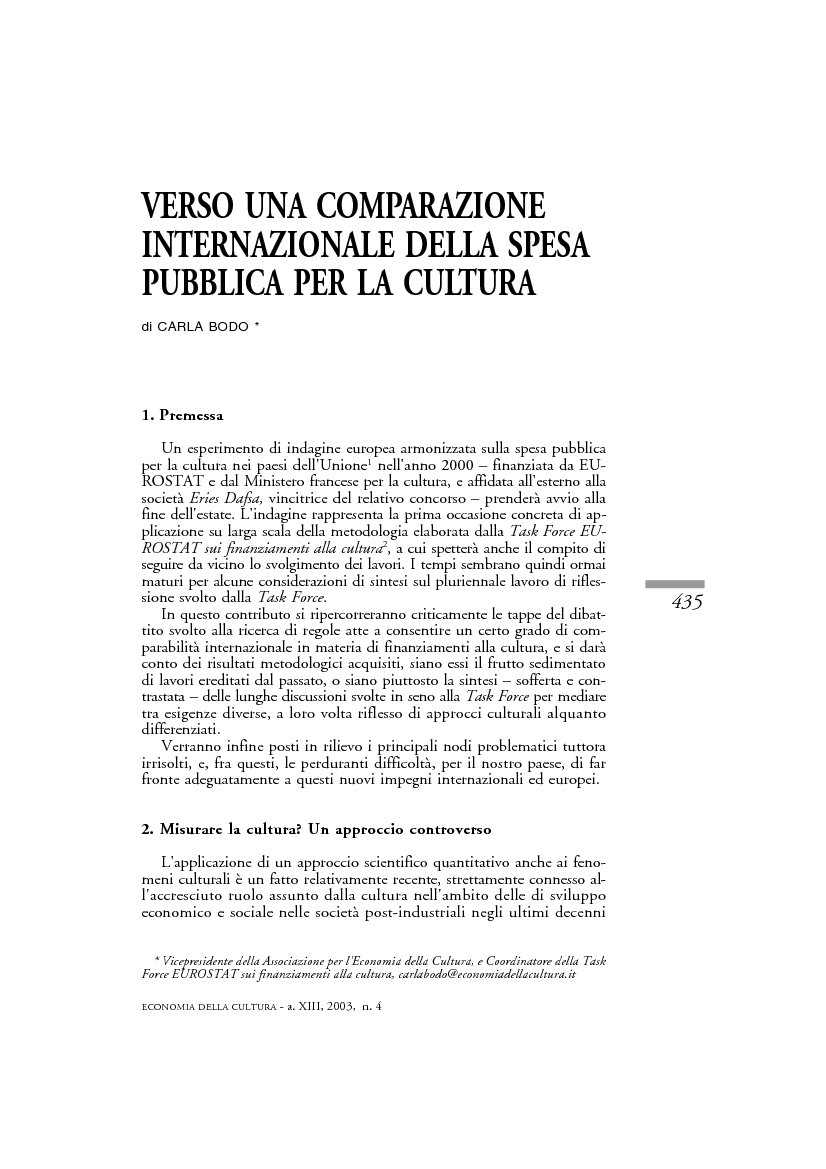