The European Union designated 2018 as the «EYCH». The ambitious goal of the initiative was to make people rethink the role of culture and its meaning in order to stimulate a broader reflection on its management and value. About a year and a half after, the Italian Ministry of Culture launched a study aimed at assessing the impacts of this year, remembrance and evaluations of the initiatives implemented in 2018. In this article, the main evidences emerging from the study will be analyzed, dwelling in particular on the opinion of citizens and participants in the events. The data emerged from a CATI survey, carried out in 2020, on a sample of 600 individuals residing in the areas affected by three projects selected from the repertoire. The questionnaire, used as a survey tool, was articulated by taking some questions included in the Special Eurobarometer 466 and presents different levels of depth with respect to the theme of cultural heritage. 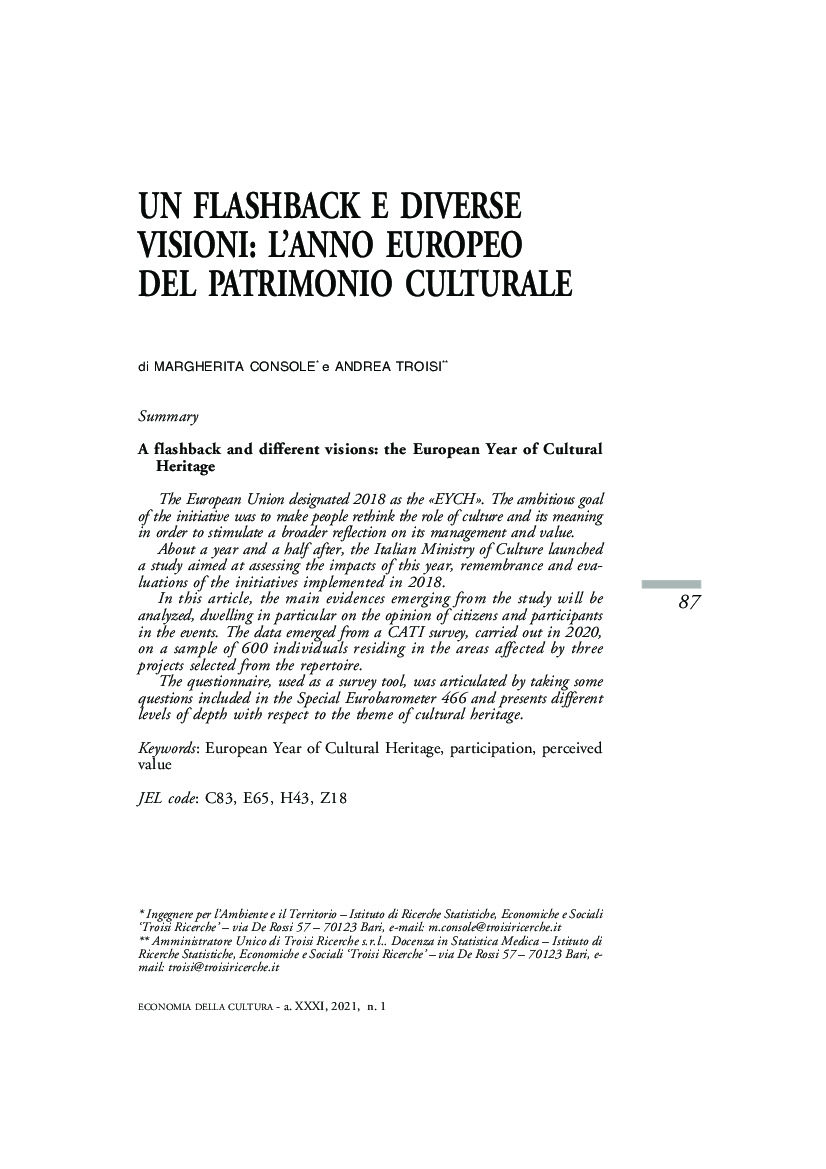