The article shows the results of a research on the use of social media by young people (19-34 years old). Fifteen focus groups were conducted – eight in Italy, four in Tunisia, and three in Lebanon – with a total of 120 participants. The aim was to investigate the extent to which young people trust social media, and namely Facebook, as a news source. This process has been already measured, and discussions have been made about the effects of NewsFeed: such as the rise of «echo chambers», and the polarization of public debate. We decided to put this hypothesis to the test, by focusing on a specific target: young Mediterranean people. This is due to two reasons. First of all, digital natives are more likely to gather news from social rather than from traditional media. Secondly, as to the geographical context, social media journalism in the Mediterranean area has gained a particular importance after 2010, both in North and South side. As a result, we will show how the three groups are affected by very similar tendencies in digital consumption, but also how similar practices happen to inspired by different purposes, with Lebanese, Tunisian and Italian youths showing some specific attitudes. 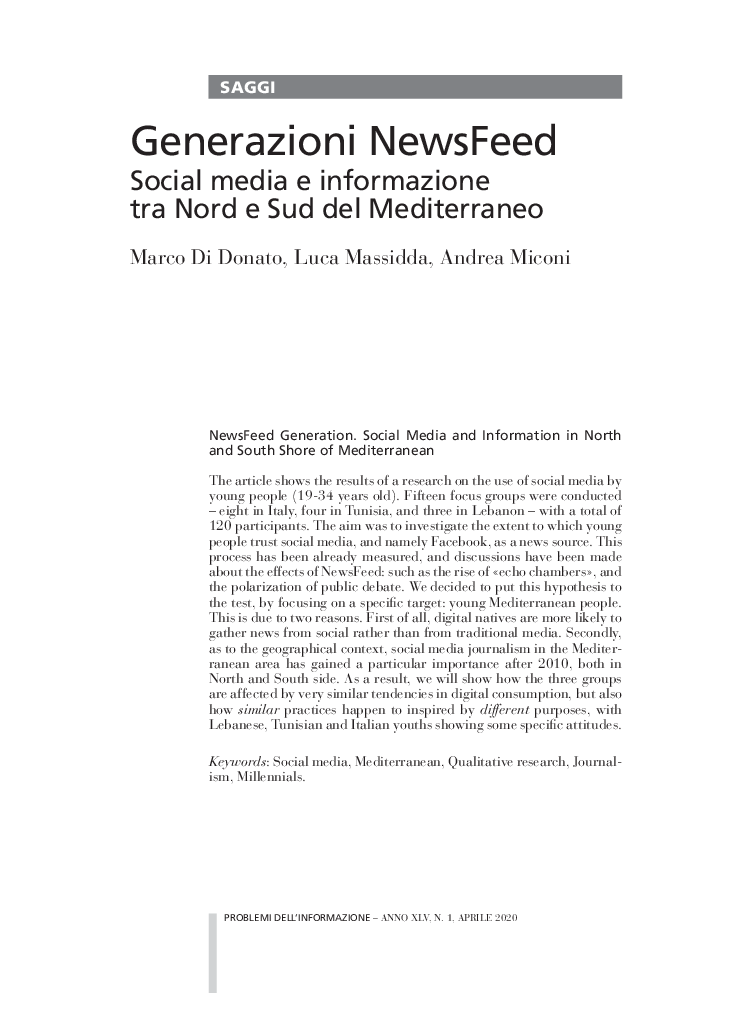