Are magazines, official sources of information, and newspapers still trustworthy for citizens involved in politics? Starting from the electoral campaign for the City Council of Rome, which ended in June 2016, we tried to answer this question by analyzing the news sharing practices on the Twitter platform. The observation of the participation of the citizens-users to the political debates is useful in order to understand the level of authority that official sources detain on the audience. For this reason, we have carried out a content analysis of the tweets posted close both to the election and ballotage day with six different hashtags, paying particular attention to the preferred sources in the different narrative frames. We tried to point out whether, dealing with a diversification and expansion of sources within the new hybrid media system, citizens take advantage of a complex bouquet of media outlets or prefer partisan sources, and if this is the case, with which differences depending on the political belief. 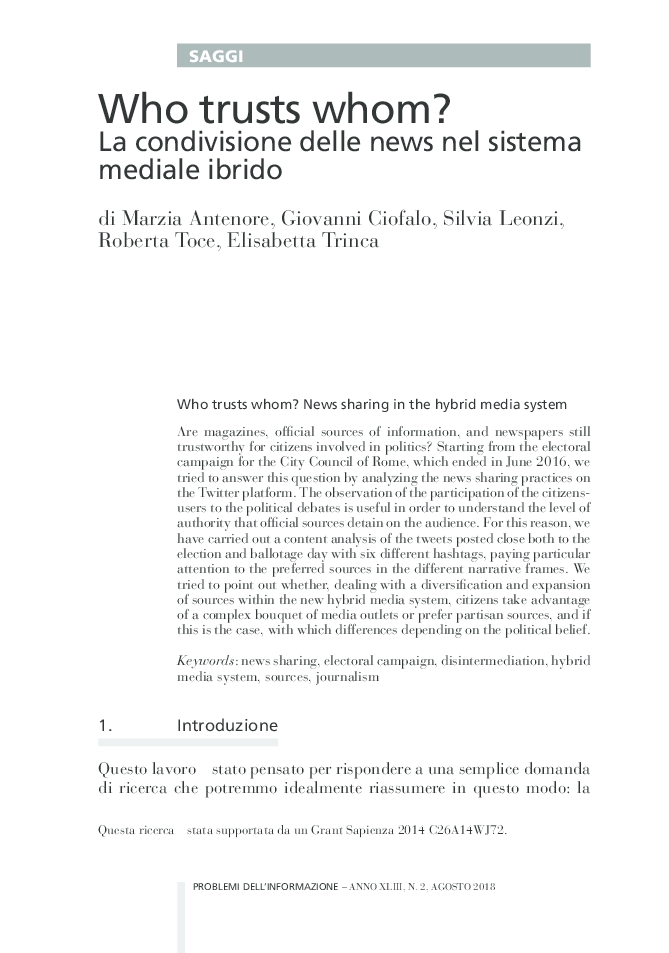