In the aftermath of a large earthquake, media system plays a crucial role, fulfilling different social and psychological functions, which, both exposed communities and society at large, need to cope with disasters. The urge to make sense of the event results in a genuine appetite for scientific knowledge (Wein et al. 2010), stressing the role of journalistic mediation in science communication, and its ability to provide steady and authoritative point of references to the public. The comparative analysis of news media coverage of Emilia (2012) and Central Italy's earthquakes investigates the relationship between physical events and media representation of expert knowledge, highlighting key trends and some significant signs of change in the frames used to assess and communicate seismic risk. 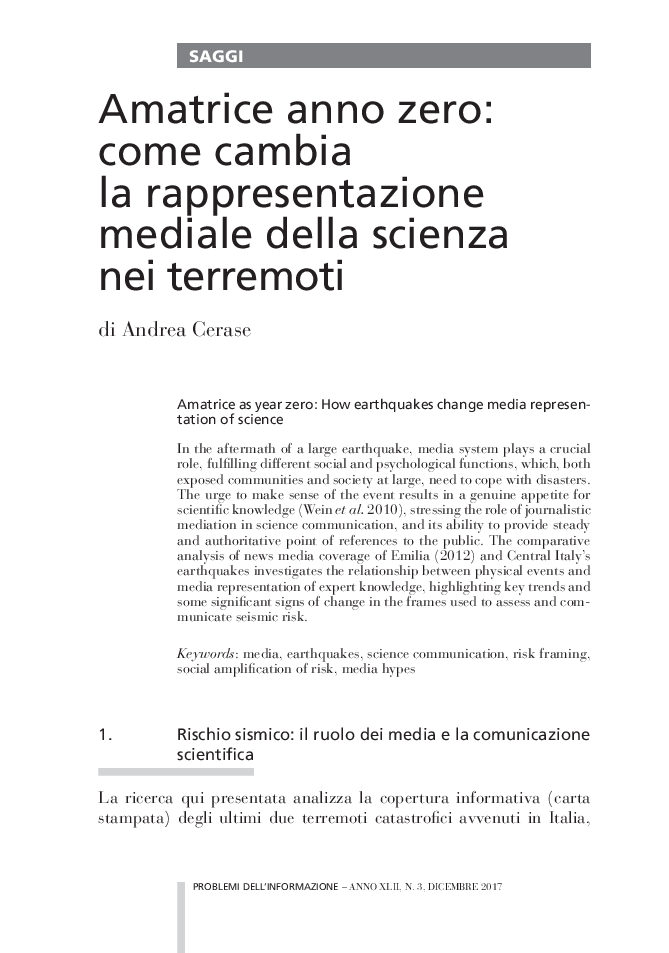