The article analyses journalistic coverage of the corruption in established (United Kingdom and France) and 'new' democracies (those born from the ashes of communist Europe: Hungary, Slovakia, Romania, and Latvia); and compares it with the behaviour of the Italian press during a period of ten years (2004-2013). In the first part of the article we discuss the main results of our analysis. In the second, we illustrate the reasons behind similarities between the Italian coverage of corruption, and that of 'new' democracies in Central-Eastern Europe, in particular with the coverage of Romanian daily newspapers. Ultimately, the article illustrates that, in Italy and the investigated Central-Eastern European countries, corruption is not solely a political, social, and cultural issue, but it is also a recurring issue used to attack opponents. Adversarial attacks occur through the instrumentalization of the media, a characteristic that relates Central-Eastern European Countries to Italy. 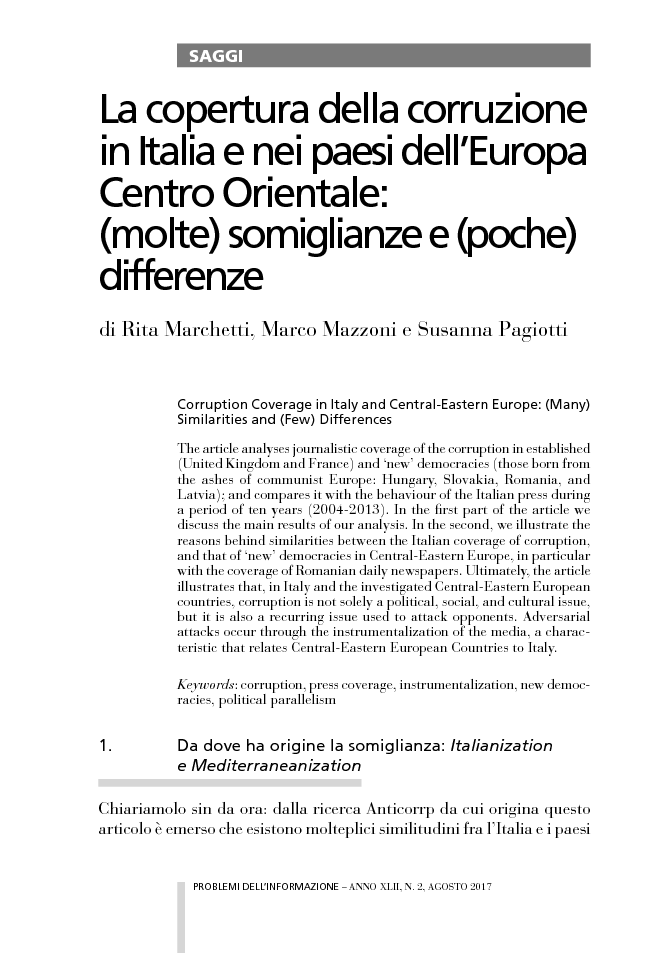