Indro Montanelli was one of the most important Italian journalist of the 20th Century. His main interests were politics and history, however, during his long career, he also wrote about other topics, such as art, theatre and cinema. The paper analyzes Montanelli's articles on cinema written before the World War II and his movie reviews published in «Corriere della sera» between 1945 and 1946. Although cinema was a minor interest for Montanelli, his articles on the subject reveal important features of his personality. In such reviews, Montanelli strategically presents himself not as an «expert» but as a «common man» («uomo della strada»): this «populist» stance leads him to judge in a non-canonical way some classics of film history (e.g. "Battleship Potemkin"). However, sometimes he adopts a more «elitist» stance, criticizing plebeian tastes of the public. 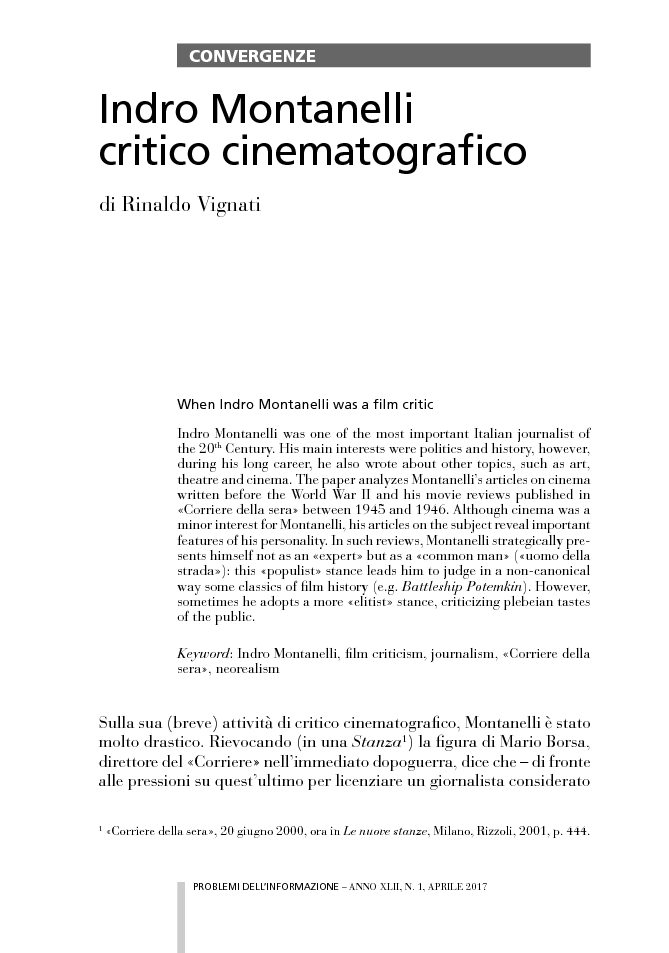