Biagi has been for a long time a television critic who wrote for «Epoca». There is an isomorphism which links the new TV medium, the weekly «Epoca» and his journalistic activity, characterized by the use of visual code and simple, plain language. Biagi does not snub television and deals with it without intellectualism, a fact that is not common in the Italian culture of the 1950s, which often faces with the cultural industry with a «rejection ideology». He is convinced that television has to tell life, in his various manifestations even if not always edifying: it should bring home the facts, tell the truth without too many pedagogical or political filters. What his TV criticism shows is the idea of a simple journalism, which tackles the heart of the matter. 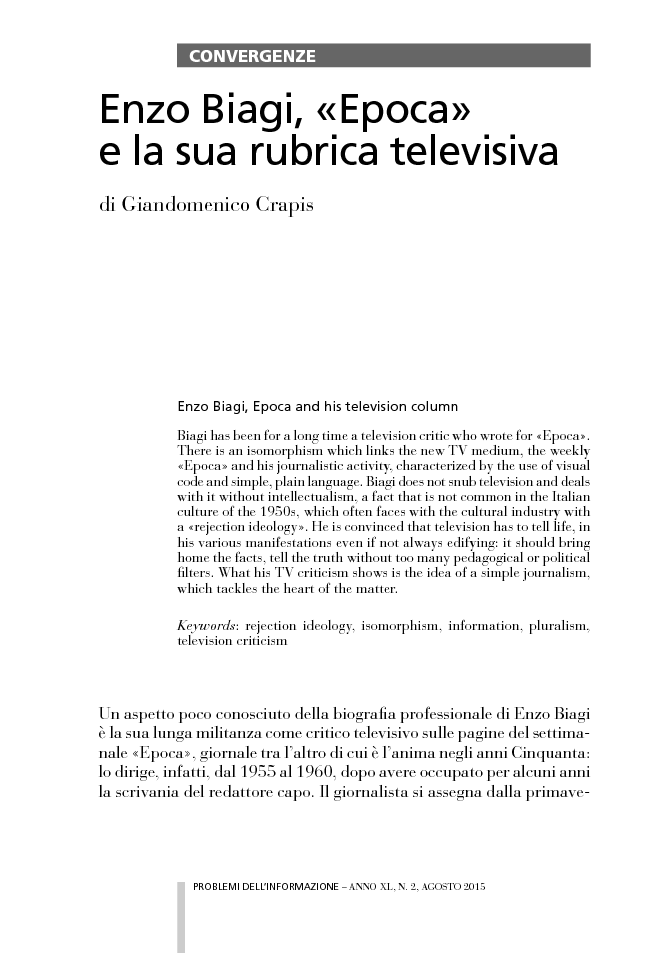