This paper proposes a reading of the World Football Championship as a global «social fact», providing an overview of the Italian television audiences. The interdependencies between media, sports and sponsors, have led to the emergence of a new social structure: the triangle Sms (sports, media, sponsors), in which the sporting audiences have a decisive role. The analysis of data Auditel describes the sociographic features of the football audiences in World Cup 2002, 2006 and 2010. The analysis also describes the first data on social forums related to Brazil 2014. The result is a framework in which the World Cup appears as a great ceremony of media and «social media event». 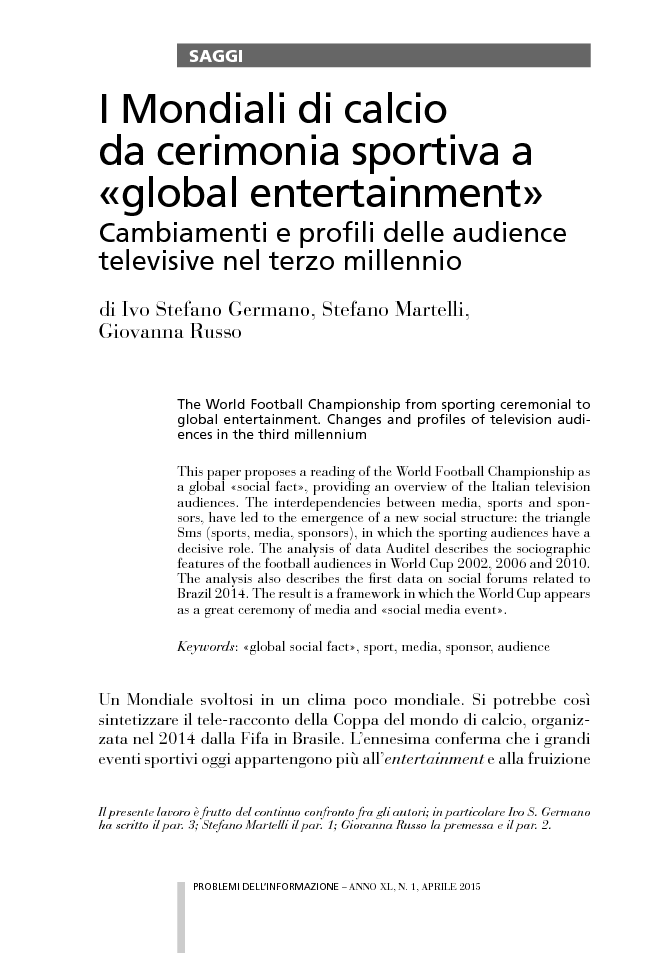