T his paper presents a research on the use of Twitter by five Italian newspapers' executive editors. The research analyses the corpus of tweets published by Maurizio Belpietro (Libero), Mario Calabresi (La Stampa), Ferruccio De Bortoli (Il Corriere della Sera), Ezio Mauro (La Stampa) and Antonio Padellaro (Il Fatto Quotidiano) between September, the 1st 2013 and December, the 31st 2013. The study specifically investigates whether journalists' use of social media is having an impact on two of the very specific features of Italian journalistic culture, i.e. the lack of objectivity and accountability. The paper suggests that while there is continuity between traditional and social media content produced by journalists, at the same time on social media Italian journalists may interpret their role in new and different ways. 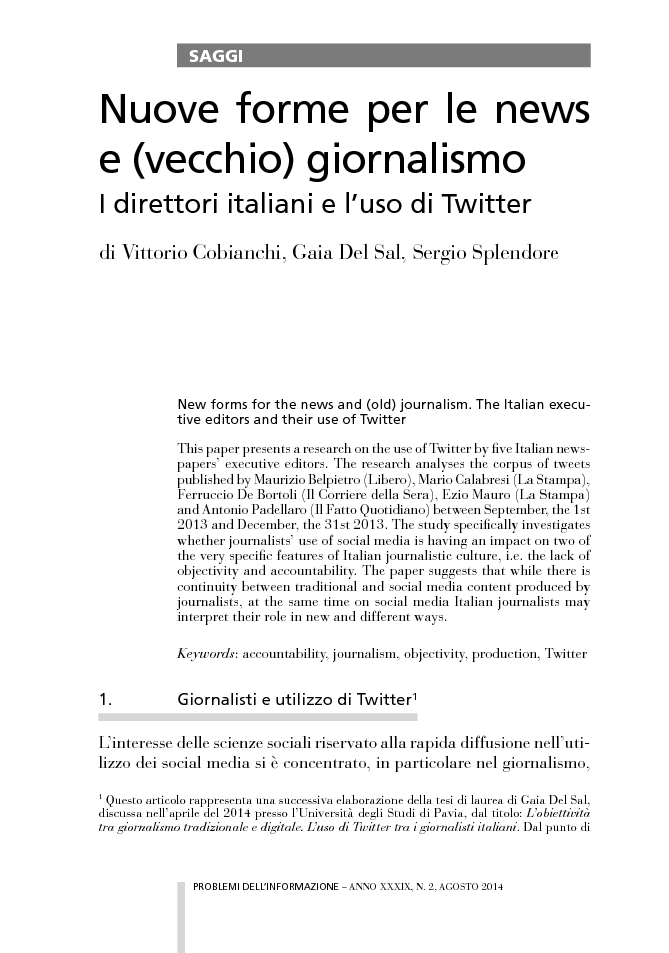