We analyze the case of Silvia Aisha Romano to contribute to ongoing reflections on the ways in which women, their bodies and choices are included and constructed in the current hybrid media system. In this context, mediated representations of women result from the continuous entwinement and overlapping of a variety of voices, and at the intersection of often stereotyped visions of gender, class, race, religion, and age. The joint analysis of Twitter semantic networks and algorithmically identified topics reveals a variety of intersectional mediated (mis)representations of Silvia Aisha Romano whose forms, substance and use varied along partisan lines 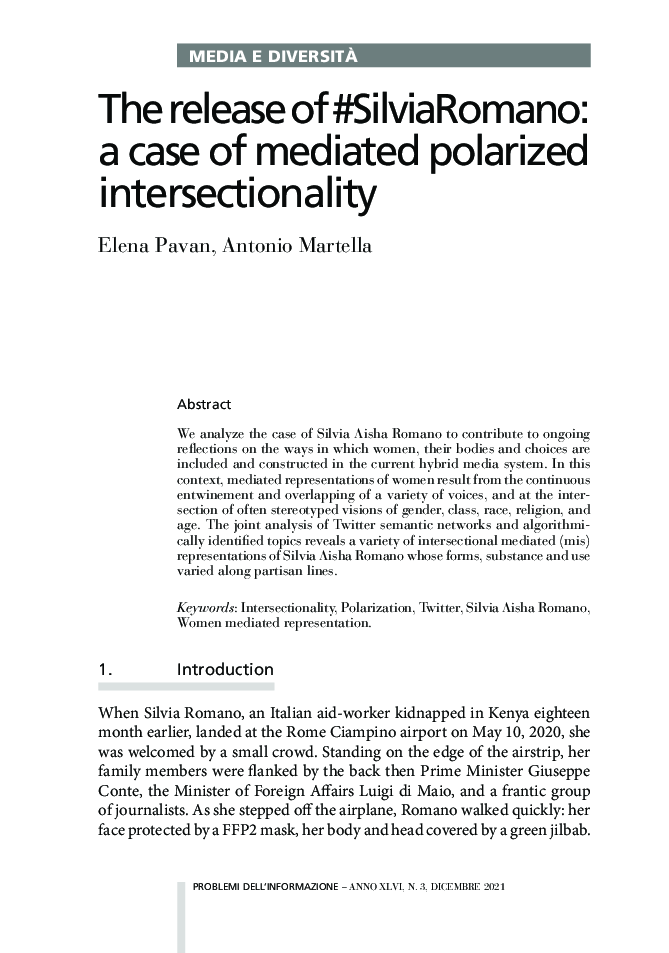