This contribution provides a general assessment of diversity in Austrian newsrooms based on data of a comprehensive survey of Austrian journalists and of 501 representative interviews from 2018/19. The findings show: Even though the ratio of women and men journalists is balanced, this does not apply to the management level. The proportion of journalists with a university degree has increased and is clearly higher than that of the population. With an average age of 44.5 years, newsrooms are overaged. Only 6% have a non-German-speaking migration background, a significant underrepresentation. Concluding, we state that though awareness of diversity has increased in Austrian media companies, diversity is rarely an integral part of corporate policy 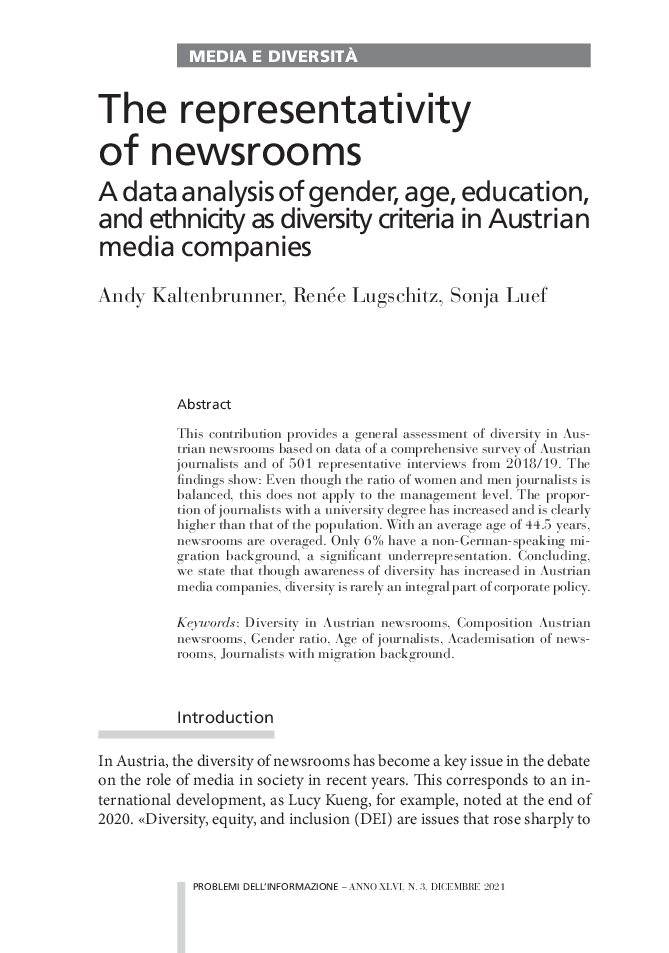