The article discusses the relationship between hate speech and fake news, often presented as a separate but interrelated dimension to regulatory action. The theoretical framework is the information disorder and the bias in the public debate where the borders between true and false, offensive or ironic contents and personal threats are damaging the quality of democratic debate. The article is the outcome of a policy brief involving a multidisciplinary group of academics. Sociological, juridical and informatics expertise interacted with the practitioners, in a policy making process. The first results confirm that fake news and hate speech belong to a common semantic and regulatory space that policy action must take into account. In addition, it emphasizes that an effective problem solving must follow a multilevel framework, as the European institutions are requesting. Finally, regulatory action and counteractions must involve a stakeholder network, including public and private sectors, civil society, social scientist and research field, media companies and platforms, and public communication and journalism practitioners. 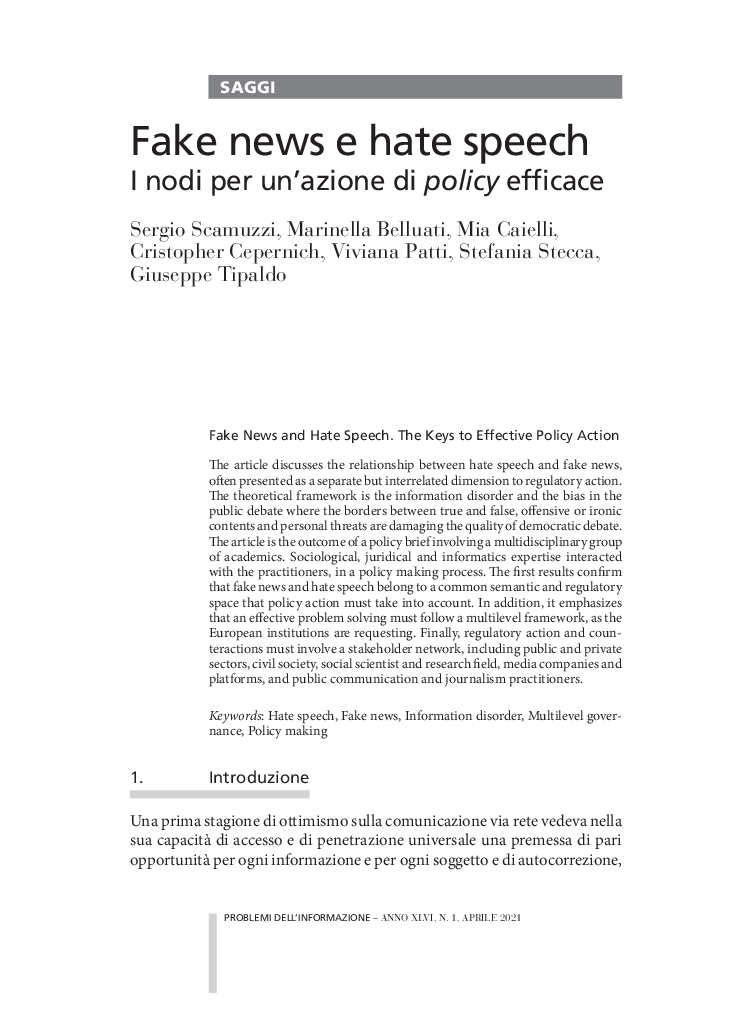