The essay analyzes, first of all, the changes in State legislation on mountain areas. Until the nineties of the last century, art. 44, second paragraph, of the Italian Constitution was implemented through organic legislation aimed at enhancing and protecting the mountains. Subsequent legislation no longer considered mountain territories in a specific and autonomous way (if compared to other territories) but rather provided for sectoral interventions that can «also» (but not only) affect mountain areas. Starting from these premises, the study mainly focuses on regional legislation in favor of mountain areas. In this context, it should be noted that said legislation generally has not been able to meet the needs of an effective development of mountain areas, neglecting their «specificity». However, there are some Regions that have foreseen important interventions in favor of the mountains, also through specific and organic laws. Therefore, the essay examines the legislations of the Emilia-Romagna, Lombardy, Piedmont and Veneto Regions aimed at enhancing and protecting mountain areas. 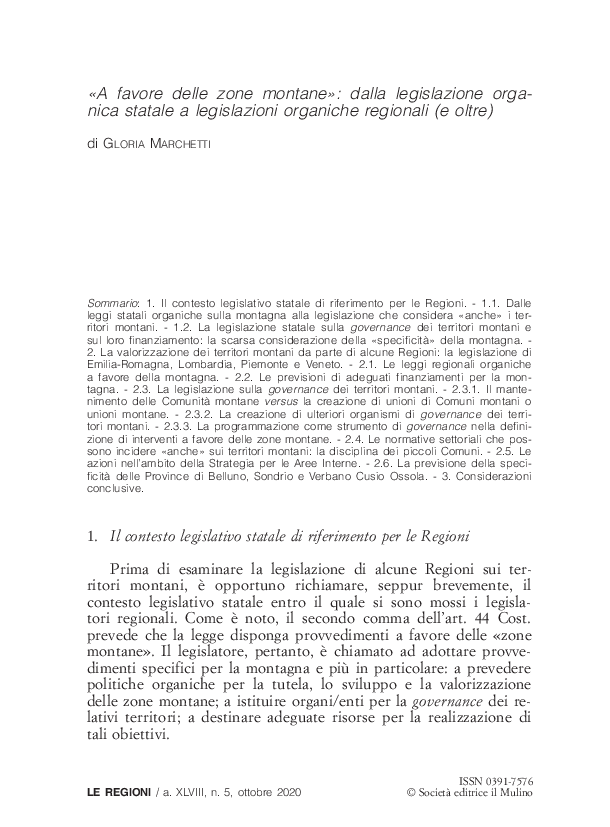