Rome is much more than a capital: it is the largest and most populated city in Italy; it is home to the world’s greatest architectural and artistic heritage and it hosts the Vatican City State, which is itself the universal center of Christianity. This means that a correct approach to the problems related to Rome’s administrative organization needs to consider two parameters: firstly, Rome is different from other Italian cities because it hosts all the constitutional political bodies; furthermore, Rome is also different from other capitals because of its history, culture and religious importance. Taking this into account, the paper analyzes the creation of a special administrative status for the Italian capital over the last thirty years: in the first part, the essay looks at the efforts conducted without reforming the Italian Constitution; the second part of the paper studies the constitutional reform and its implementation; finally, there is an attempt to draw some conclusions and to explore future prospects for the city of Rome. 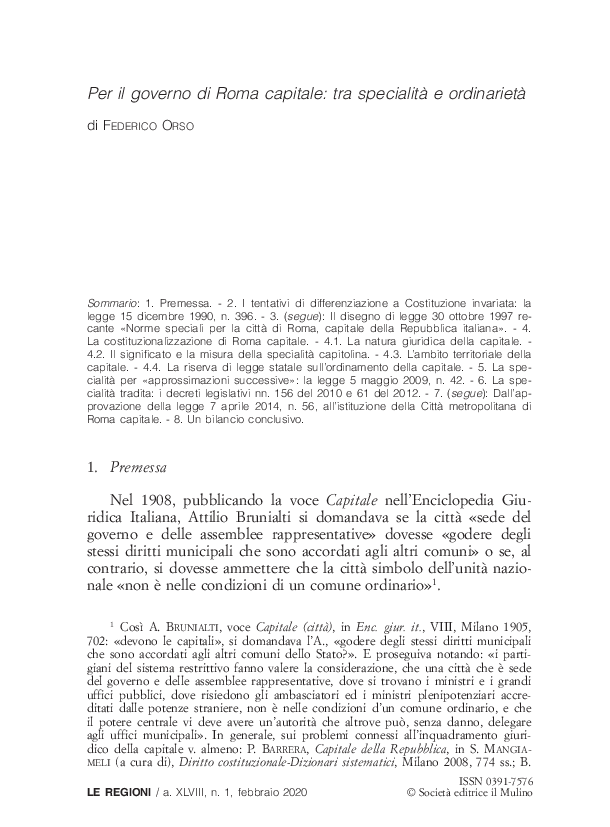