There should be a moment of reflection on the relationship between immigration and subsidiarity, a principle that is both horizontal and vertical: horizontal because it calls into question the set of those entities that make up the company, from the family, to associations, to social cooperatives, to the whole non-profit world; vertical because it affects all levels of government, from those closest to citizens such as Municipalities, Provinces, to those furthest away (the central apparatus of the State, the European Union, the international context). But in reality the role that the subsidiarity principle can play in addressing the migration phenomenon, not is in the form of a rational proceduralization, as Europe seems to suggest, but more than anything else as a set of examples and good practices that accompany institutional interventions. And that’s why it was it is of great interest to collect examples of practiced subsidiarity in the various Italian regions to be treasured, also in order to set up truly effective institutional interventions, as the protagonists of these examples have already been experimented when the relative problems emerged. 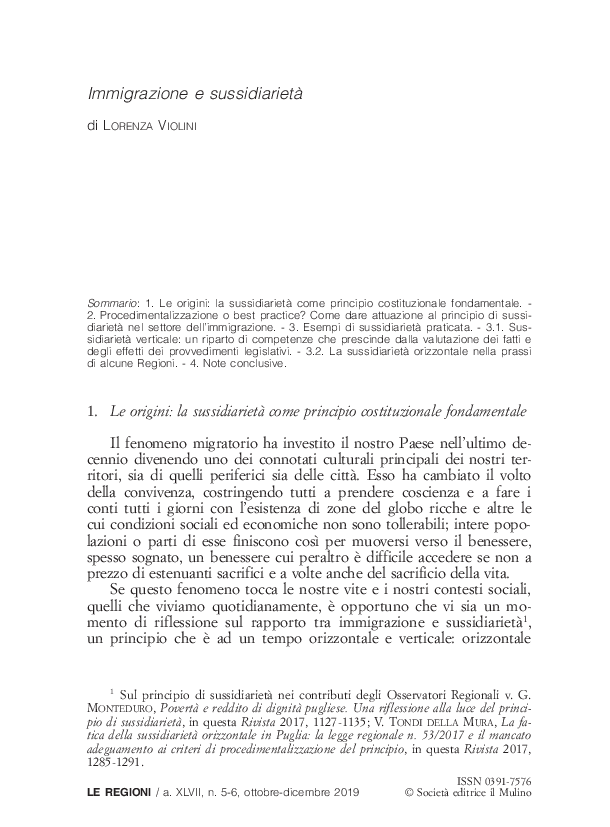