The new Gangmaster System is different from old one. Actually the latter was confined within some rural local areas. Insted, the new one, as it is the result of increasingly competitive agri-food chains in the context of globalization, is more aggressive in pushing farmers to recruit migrant workers irregularly, profiting from their vulnerable condition. Puglia Region, which has traditionally experienced with old Gangmaster System, nowadays must face off the new one. The study seeks to analyze the policies adopted by the Region in order to tackle such phenomenon. Policies that are primarily focused on employer obligations and on protection of workers’ rights, in particular housing and transportation. 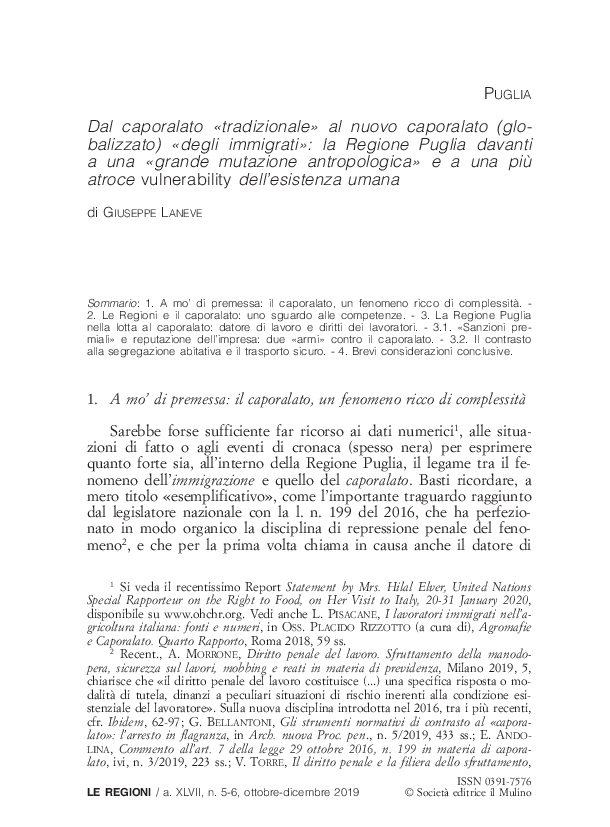