The essay focuses on a few recent decision of the Italian Constitutional Court, concerning the so-called «constitutional position» of the Italian Court of Audits with regards to the judicial review of regional legislation. In these decisions the Constitutional Court emphasizes the tasks of the Court of Audits, which has to verify not only the regularity of public spending, but also the extension of legislative powers. According to the Constitutional Court, a regional law that exceeds the competence provided for by the Constitution will produce an incorrect administrative performance. The decision of the Court, in these cases, will also fill a «grey area» of judicial review, given the fact that there are often no parties interested in defending correct public spending before a national judge. 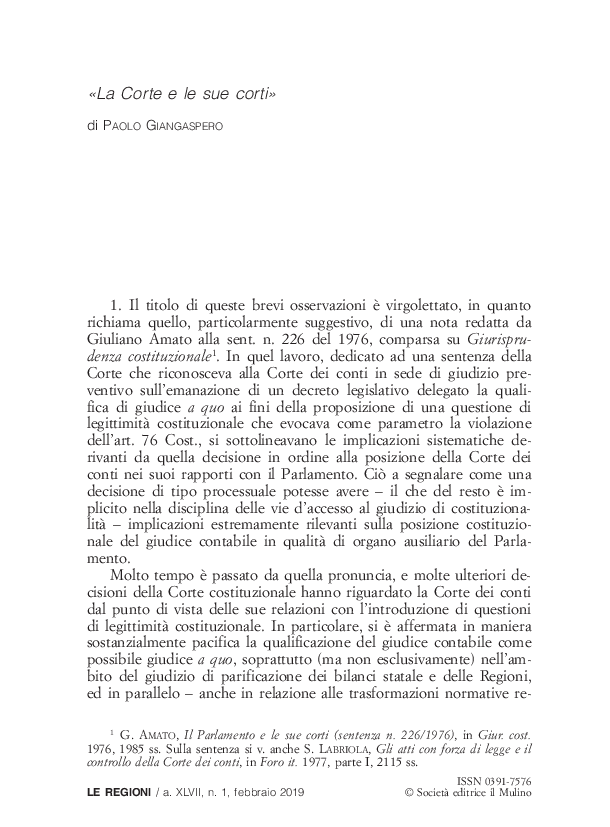